The Young and the Restless Spoilers: Eric Braeden Confirms Victor’s Fate – See If The Moustache Lives or Dies 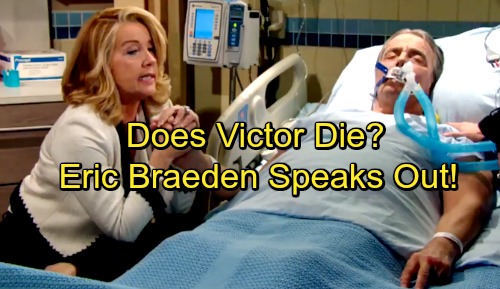 The Young and the Restless (Y&R) spoilers tease that Victor’s (Eric Braeden) condition will continue to decline. He’s facing a tough battle in the hospital, so things are sure to get dire. Nikki (Melody Thomas Scott) will even consider pulling the plug on her husband.

It’s clear that Victor will be near death over the next few episodes, so some fans have been worried that Y&R might actually kill him off. On Twitter, nervous viewers sent comments to Braeden as well as Mal Young, The Young and the Restless’ head writer and executive producer. They wanted to let them both know how much they loved Victor’s presence in Genoa City. 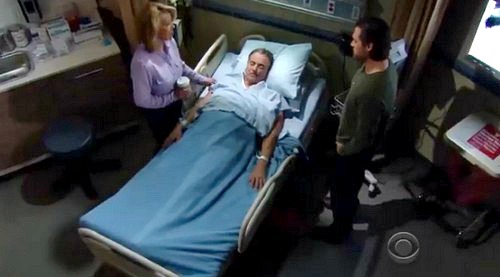 “Victor has to pull through. The show wouldn’t b the same without him,” a fan tweeted. Braeden retweeted that message along with another one, which perhaps revved up the panic a bit. “I wish you continued success and you will be very missed from the show,” another fan said. “I just wish they wouldn’t kill you off. You are such an important and amazing character for the show.”

Some Y&R watchers feared the retweet was acknowledging the statement as truth. However, it seems Braeden was just showing some appreciation for the kind words about Victor. A viewer later asked, “Sir, are the rumors true? Will you be leaving The Y&R for good?” Braeden insisted that the growing buzz was indeed “just rumors.” 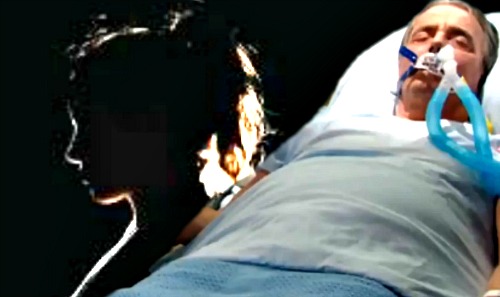 Every time Victor is forced to cheat death, the soap world freaks out! No one can blame fans for worrying about the great Victor Newman’s fate. He’s a crucial part of the show, so most of us want him around for as long as possible. Fortunately, Braeden’s confirmation shows that Victor will live to fight more battles and cause more chaos.

The Young and the Restless spoilers say Victor will shock his family on next week’s new Y&R episodes, April 9-13, so he should wake up and begin his recovery soon. Of course, the biggest shocker could come when Victor reveals his attacker’s name! J.T. (Thad Luckinbell) had better be prepared for Victor’s wrath.

It sounds like some great drama’s brewing. We’ll give you updates as other Y&R news comes in. Stay tuned to the CBS soap and don’t forget to check CDL often for the latest Young and the Restless spoilers, updates and news.

Think you know everything about The Young and the Restless? Here’s another chance to earn your status – answer this trivia to find out where you rank in Genoa City! #YR45 pic.twitter.com/xT6rluFgkq