The Young and the Restless Spoilers: Eric Braeden’s Y&R Future – Is This The End For The Moustache – Will Victor Live or Die?

BY Sean O'Brien on March 25, 2018 | Comments: one comment
Related : Soap Opera, Spoiler, Television, The Young and the Restless 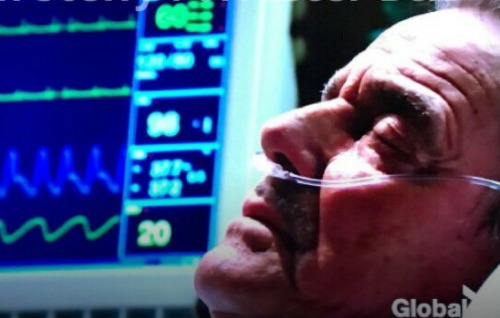 The Young and the Restless (Y&R) spoilers tease that Victor Newman (Eric Braeden) could die as a result of the terrible backwards fall he took down the steps at the Ranch. Longtime fans of the Moustache have been holding digital vigil since he was shown lying unconscious on the foyer. So is this the end of the Moustache on Y&R? 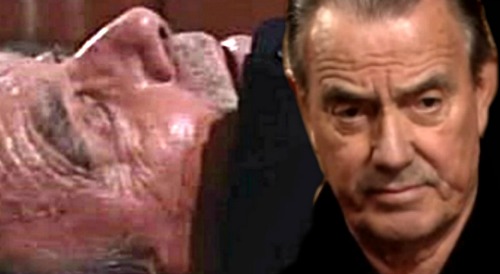 The idea of Y&R without Victor may seem implausible. But Braeden has had prior contract disputes with his entertainment employer. So it’s possible that a failure to reach an agreement, or some unknown alternative issue could be leading to the death of its main male character.

J.T. (Thad Luckinbill) and Victor beat the (bleep sound effect inserted here) out of each other. A flurry of punches erupted in the Black Knight’s home office after Mr. Hellstrom was summoned to that setting by his boss.

Victor’s technical head of security had basically broken into his home. J.T. was forced to work undercover for Paul (Doug Davidson) and Christine (Lauralee Bell). Genoa City’s Chief of Police and District Attorney pressured Luckinbill’s character to find information that would prove the head of Newman Enterprises had committed business crimes. 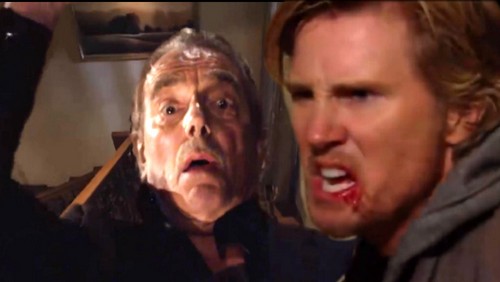 Pristine believes that Victor is involved in price-fixing. That’s an invented plot line that served to pit J.T. against Vickie’s (Amelia Heinle) father.

As was shown, a physical brawl at the Ranch spilled out of Victor’s office, into the hallway and resulted in him falling backward down the stairs after being pushed by J.T.. Jack (Peter Bergman) arrived looking for a fight, but found his nemesis was unconscious. Mr. Abbott took his time and some items before finally calling to report the emergency. 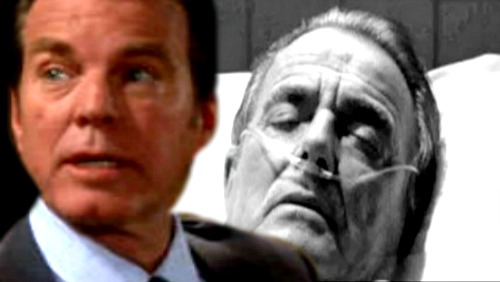 Victor’s coma certainly wouldn’t be written without a final farewell to his family members and enemies, as the f-word (friends) can’t be used when this monstrous man is referenced. Of course, this assumes Braeden has opted to leave Y&R, or that a contract extension wasn’t reached, or offered.

Supporters of Y&R and its spinoff show, The Bold and the Beautiful, also recognize that an interesting soapy point is in play. Bill Spencer (Don Diamont, who formerly played Brad Carlton on Y&R) was also just rendered unconscious, though the identity of his assailant remains a mystery.

Was it a coincidence that both shows, led by the same corporate family, had each male lead endangered within the same month? The answer to this question is intriguing as is the immediate future of Victor Newman, who’s clinging to life while in a coma.