BY Kinsley Goldman on May 25, 2018 | Comments: one comment
Related : Soap Opera, Spoiler, Television, The Young and the Restless 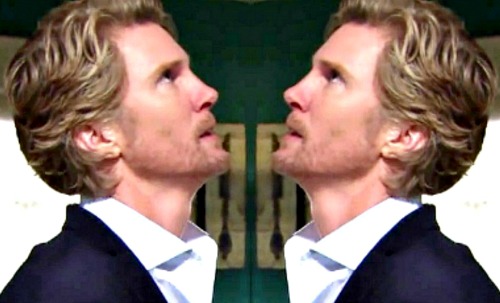 The Young and the Restless (Y&R) spoilers tease that Phyllis (Gina Tognoni), Nikki (Melody Thomas Scott), Victoria (Amelia Heinle) and Sharon (Sharon Case) will face more chaos. A surprising twist will change everything for this alliance. Let’s look at what we know so far.

For starters, this shocker will be a real doozy. It’ll threaten to destroy the bonds that have formed within this group. That tells us that the twist will bring different opinions. It sounds like everyone will argue about how to handle all this.

The bombshell will also force the cover-up crew to question their motives. It’ll even make them doubt reality itself! What kind of twist could possibly do that? There’s a chance that J.T. (Thad Luckinbill) could return from the dead, but not in the way you might think.

J.T. certainly seemed deceased when they buried him. It’s doubtful they were wrong about that. The Young and the Restless fans watched Nikki strike J.T. and there was no pulse afterward. There were also no signs of J.T. somehow climbing out of his grave later.

It appears a corpse was indeed buried, but what if that wasn’t the real J.T.?! Think about it. Ever since J.T. returned home, Y&R fans were outraged about him behaving out of character. Perhaps that’s because he wasn’t the same character at all.

This all seems a bit reminiscent of the Marco (Peter Bergman) situation. Jack’s (Peter Bergman) doppelganger took over his life and behaved nothing like the real deal. Could an enemy of Victor’s (Eric Braeden) have carried out a similar plot? Someone like Ian Ward (Ray Wise) comes to mind.

Perhaps J.T.’s violent lookalike was brainwashed or at least informed of all the memories he needed to pull this off. Here’s where things could really get interesting. Let’s say some new evidence comes to light and the cover-up gang realizes they got rid of fake J.T. That could mean the real one was stashed somewhere against his will.

This might lead to the arguing we mentioned. Victoria would naturally want to come clean. She’d hope the cops could track down Reed’s (Tristan Lake Leabu) father and save him. Phyllis (Gina Tognoni) might contend that it’d still mean exposing their actions. A man is still dead and they hid the truth.

Phyllis could suggest that there’s no guarantee the real J.T.’s even alive. She might think he was murdered to make way for his doppelganger. As for Sharon and Nikki, they could be on the fence about what to do next. None of them want to land behind bars for this mess, but how could they let the true J.T. potentially suffer somewhere?