BY Kinsley Goldman on January 23, 2018 | Comments: one comment
Related : Soap Opera, Spoiler, Television, The Young and the Restless 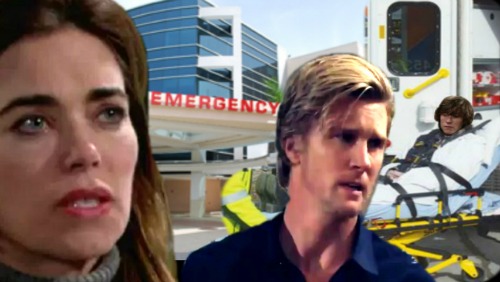 The Young and the Restless (Y&R) spoilers tease that J.T.’s (Thad Luckinbell) pill popping could lead to some unexpected consequences. He’s hiding his prescription from Victoria (Amelia Heinle), which means he’s either quite ill or is struggling with an addiction. However, Reed (Tristan Lake Leabu) could be the one who runs into the most trouble here.

Y&R fans know that Reed’s been a total rebel lately. J.T. and Victoria have tried to keep the teen under control, but they haven’t had much luck so far. It looked like Victor (Eric Braeden) and Nikki (Melody Thomas Scott) were making progress with their tough love approach. Reed probably would’ve thrived at the ranch, but Victoria and J.T. want him back home instead.

That could lead to bad news! Reed didn’t seem to learn his lesson in court. He got mouthy with the judge and later complained about getting a slap on the wrist. Reed could’ve injured or killed someone while driving drunk. Community service was a lucky break, but Reed couldn’t even show up! 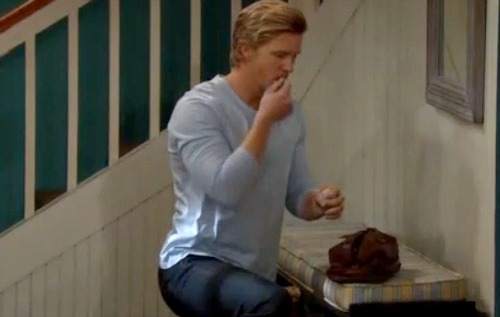 Since Reed’s alcohol consumption caused problems, maybe it’s time for a drug-related issue. Reed’s wild streak could continue if he tries to steal money out of J.T.’s bag. He might need cash to sneak off and party with his friends. Instead, Reed could be intrigued by the pill bottle discovery. He could easily take some just for the heck of it.

Reed wouldn’t be used to having such a strong drug in his system. The Young and the Restless could do an overdose storyline and set up a real shocker. Victoria, J.T. or any other loved one could stumble across Reed’s unconscious body.

It’s doubtful Y&R would kill Reed off like this, so the paramedics would probably save the day. Reed could be rushed to the hospital for treatment and eventually find himself on the road to recovery. He could escape death, but that wouldn’t be the end of it.

This could cause major tension for Victoria and J.T. She might hold him responsible keeping her in the dark on his secret and leaving his pills around for Reed to find. People tend to play the blame game during stressful situations. J.T. could ultimately address his own problems and leave Genoa City to get help.

Reed could face ramifications as well, but hopefully he would land on the right path. The Young and the Restless spoilers say serious drama’s coming up. Does Reed’s overdose sound like a good February sweeps bombshell? We’ll give you updates as other details emerge. Stay tuned to the CBS soap and don’t forget to check CDL often for the latest Young and the Restless spoilers, updates and news.