BY Kinsley Goldman on January 24, 2018 | Comments: one comment
Related : Soap Opera, Spoiler, Television, The Young and the Restless 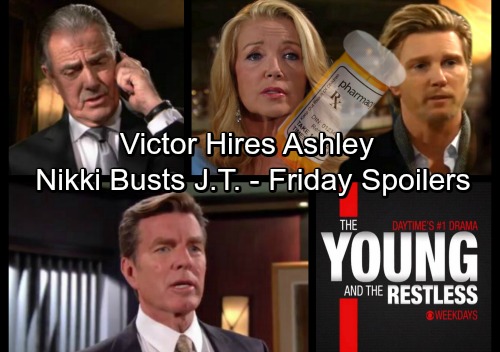 The Young and the Restless (Y&R) spoilers for Friday, January 26, tease that Victor (Eric Braeden) will take advantage of an opportunity. We know Victor will hire a surprising new employee soon. The arbitrator sides with Jack (Peter Bergman) in Thursday’s episode, so Ashley (Eileen Davidson) promptly resigns. Will Victor snatch Ashley up for Newman Enterprises on Friday?

Victor and Ashley tend to clash most of the time, but business is business. Since Ashley could bring plenty of value to Newman, Victor might make her an attractive offer. He could argue that they’ll make lots of money and stick it to Jack in the process. 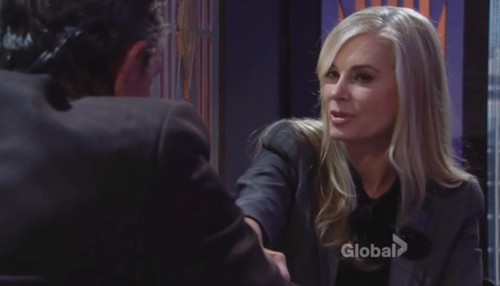 Next week, January 29-February 2, The Young and the Restless spoilers say Victor will make a deal with someone, so Ashley would be a good fit. Everything’s lining up for Ashley to become a team player at Newman. That’s sure to ruffle a few feathers and drop some jaws!

Meanwhile, Jack will make an admission. What will he confess and who will listen? Perhaps Jack will open up to a friend about how much it crushed him to hurt Ashley. He could admit that John (Jerry Douglas) would hate how he treated his sister. Then again, Jack may secretly be glad he’s free of Ash at Jabot. He loves her, but she’s been a real pain in his neck lately. 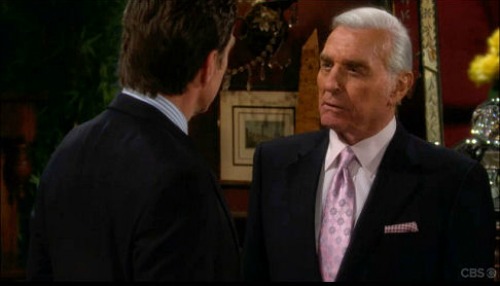 Regardless, Jack won’t be happy if Ashley joins the dark side. Victor will always be one of Jack’s worst enemies. Y&R fans won’t want to miss the shockers ahead. Ashley and Jack have wrapped up one war, but they appear to be starting another.

Other Young and the Restless spoilers say Nikki (Melody Thomas Scott) will discover some stunning info. She’ll learn a huge secret that involves J.T. (Thad Luckinbell). Will Nikki spot him taking some of his pills? Could she stumble across the prescription bottle? This is obviously the biggest secret J.T. has right now, so it seems likely that Nikki will become privy to it.

It won’t be long until Victoria finds out what J.T.’s been hiding. We’ll give you updates as other Y&R news comes in. Stay tuned to the CBS soap and don’t forget to check CDL often for the latest Young and the Restless spoilers, updates and news.