The Young and the Restless Spoilers: Friday, March 2 Update – Dina’s Lost in France – Nick Moves In With Sharon 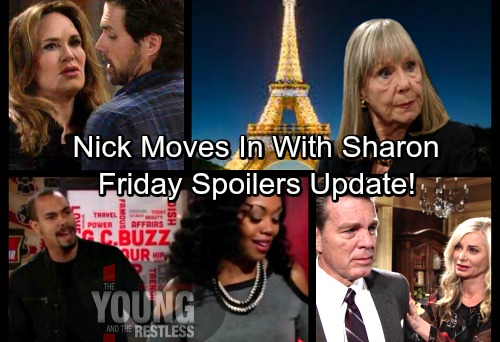 The Young and the Restless (Y&R) spoilers for Friday, March 2, tease that Devon (Bryton James) will learn something surprising. After Hilary (Mishael Morgan) refuses to divulge why she missed the show, Devon will accept her resignation. Later, a woman named Shauna (Camryn Hamm) will show up looking for Hilary. She’ll explain that her brother overdosed and Hilary’s taking care of his medical bills.

Devon will meet back up with Hilary to offer an apology. He’ll want to know why Hilary stayed quiet about mentoring Shauna. Hilary will point out that she wanted to keep things private for Shauna’s sake. Her motives would’ve been questioned anyway. Devon will urge Hilary to remain on the team at GC Buzz, but he’ll hint that he’s not interested in a romantic reunion.

Meanwhile, Nick (Joshua Morrow) will make a deal with Anita (Catherine Bach). He’ll argue that he can’t pay $25,000 for the video file, but he can give her Chelsea’s (Melissa Claire Egan) engagement ring. Anita will grumble about it not being worth enough, but she’ll ultimately make the trade. 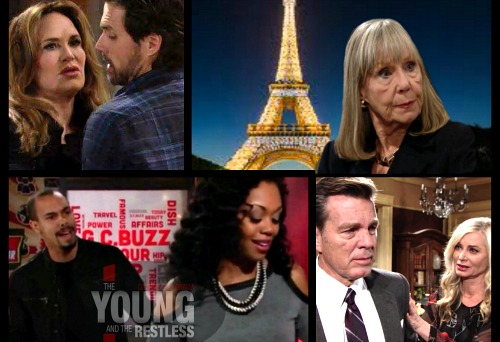 Afterward, Sharon (Sharon Case) will show up to ask Nick an important question. She’ll wonder if he’d like to move in with her. It sounds like Sharon will want to give Nick and Christian (Jude and Ozzy McGuigen) full-time support. Nick will politely decline and watch the video once Sharon’s gone.

The Young and the Restless spoilers say Nick will break down in tears over Chelsea’s message. It’ll be for Christian on his 18th birthday. Chelsea will explain that Christian’s biological father was Nick’s brother. She’ll insist that Adam (Justin Hartley) altered the DNA test with good intentions.

Chelsea will indicate that Sage (Kelly Sullivan) knew everything. She’ll hope Christian can understand that everyone loved him very much. Nick will try to get a grip on his emotions. He’ll find Sharon so he can share the video news. Nick will admit that he changed his mind and would like to move in after all.

Other Y&R spoilers say Victoria (Amelia Heinle) will defend her attempt to help J.T. (Thad Luckinbell). She was doing her best to ease the tension by calling Mac (Kelly Kruger). J.T. will rant about Victoria being too controlling. He’ll insult her again later by pointing out her insecurities at work.

At the Abbott mansion, Ashley (Eileen Davidson) will be happy about some developments at Newman. She’ll want to celebrate a new business deal, so she’ll break out the bubbly with Jack (Peter Bergman). Suddenly, Dina (Marla Adams) will call via video chat. She’ll confess that she’s lost and alone somewhere.

Jack and Ash will see that Dina’s on a train, but she won’t be able to provide more details. Once the call’s disconnected, they’ll get in touch with Abby (Melissa Ordway). She’ll talk about Dina’s nurse losing track of her in Bordeaux.