BY Sean O'Brien on March 11, 2018 | Comments: one comment
Related : Soap Opera, Spoiler, Television, The Young and the Restless 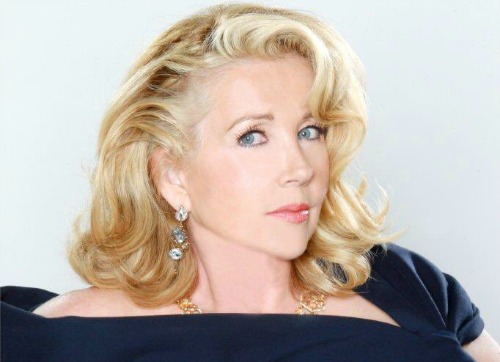 The Young and the Restless spoilers tease that Victor (Eric Braeden) will be none too pleased to learn that Nikki (Melody Thomas Scott) has been cavorting with a man who appears to be a decade-plus younger than her son Nick (Joshua Morrow). Niktor recently agreed to live under the same roof, but to also go their own way in all other aspects of this rearranged marriage. However, every ringed man, including Victor, has his pride.

Nikki’s current big 80’s hairdo, complete with the front of her combed-over mane frozen by hair spray three inches above her forehead, matches her evergreen ego. Who wears their hair like that outside of the soapy world?

This sense of visual and internal entitlement has been gained through decades of the plush life her on-again, off-again husband has supplied. Yes, Scott’s character has acknowledged that. But does Nikki truly appreciate what she has?

All Victor detractors always reference poor Nikki whenever the Moustache does anything wrong, most especially including when he’s enjoyed his own dalliances. But what in the name of Arturo (Jason Canela) was Mrs. Victor Newman thinking when she established a barter trade of her body in return for a lower cost overrun rate? 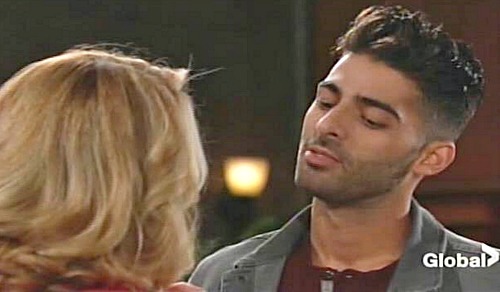 As viewers recall, Nikki and Nick have partnered to build so-called affordable housing. Their feel-good efforts necessitated hiring a contractor, which is why the Arturo character was invented. Well, there was that and the need to write Chelsea (Melissa Claire Egan) out, which included Nick completing the work Arturo’s crew left undone in the penthouse bathroom.

Nick’s inability to settle unexpected overage costs led to Nikki telling her son that she’d handle the matter. And did she ever.

Someone who has no values would do what Nikki did with that much younger man. A hypocrite would do that as well. Wait, the last sentence also applies to Nikki because she’s the first to scream, cry and attack Victor’s lack of character whenever he’s fooled around. When she does the same, then that’s justified. The phrase total double standard seems aptly applied here.

Even more bizarrely in this situation, Nikki offered her preemptive unholy blessing to Ashley (Eileen Davidson) when she came aboard Newman. The current Mrs. Newman told the former Mrs. Newman that it was okay if she and Victor got together. Wow!

However, as viewers now know, Nikki wasn’t just projecting that Victor and Ashley would connect and that she was okaying it in advance. No, Nikki was anticipating her own sordid pursuit with whoever complied and expected Victor to do the same.

Now that’s sick, not sophisticated. And mouthing, “You go girl!” isn’t empowering when it backs creepy, me-first behavior. CDL is a leading source for everything linked to The Young and the Restless. Check back regularly for Y&R spoilers and news!