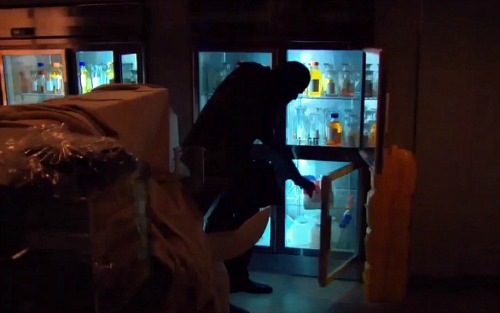 The Young and the Restless (Y&R) spoilers tease that Ashley (Eileen Davidson) will get some infuriating news on this week’s new Y&R episodes. She’ll discover that someone broke into the Jabot lab, so she’ll naturally be livid. Ashley will vow to make this mysterious thief pay the price. She’ll want him or her to go down, but who could the criminal be?

Y&R’s weekly promo shows the clumsy crook rummaging around. There’s no confirmation on the thief’s identity, so let’s consider what might be going on. The Young and the Restless spoilers say Graham (Max Shippee) will soon cause more Abbott drama. This ruthless war will really heat up.

Could Graham be responsible for the break-in? What could his motive be? The thief appears to be looking for something specific in the preview clip. It’s possible that Graham has inside knowledge on a product Jabot’s developing. Remember that he once had access to Dina’s password and all the company info.

Graham will want to hurt the Abbotts in any way he can. There are a couple of ways he could do that by stealing. It’s possible that one of Jabot’s products has some side effects. If research shows an ingredient could lead to Alzheimer’s, that might be some intriguing evidence to present in court.

Graham’s case could be bolstered if he sparks a scandal like that. He might think he can back Jack (Peter Bergman) into a corner and convince him to drop the fight. Jabot could take a serious hit if this blows up. Jack would likely put Dina (Marla Adams) first, but it would come at a high cost.

Of course, there are other options to mull over. Graham could always take a profitable formula to a competitor. Victor (Eric Braeden) immediately comes to mind. The Young and the Restless spoilers say Jabot will face trouble, but Newman Enterprises will bounce back soon. They’ll make huge gains as they put the sex ring chaos in the rearview mirror. Graham’s offering could certainly move things along. 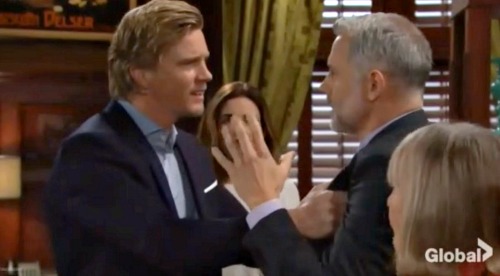 Victor has to do something devious every now and then. It’s the only way to keep his villain status in Genoa City. Perhaps accepting Graham’s underhanded gift will be Victor’s next dastardly move.

Whatever happens, this break-in will lead to some excitement! We’ll give you updates as other Y&R details emerges. Stick with the CBS soap and don’t forget to check CDL often for the latest Young and the Restless spoilers, updates and news.