The Young and the Restless Spoilers: Has Michael Muhney Been Blacklisted by The Daytime Soaps?

BY Sean O'Brien on August 6, 2018 | Comments: one comment
Related : Days of Our Lives, General Hospital, Hot News, Soap Opera, Spoiler, Television, The Bold and the Beautiful, The Young and the Restless 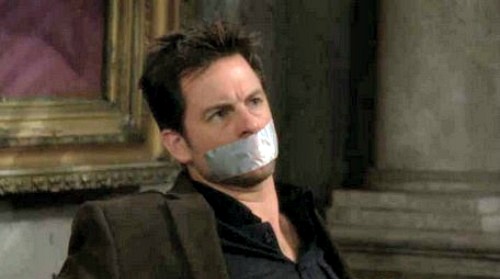 The Young and the Restless spoilers have documented all things Michael Muhney for many years. But this feature isn’t focused on the hope that he might return to Y&R to portray Adam Newman again. Instead, the specific term, blacklist, addresses a serious issue that’s affected various Hollywoodland stars through the years.

So, has Muhney been blacklisted from working in all four broadcast network soap operas? A speculative answer is about to be provided.

Since being let go from his Y&R contract in December 2013, Muhney has four credits on his digital resume. One in each successive year, except this one. His most recent job came during a one-episode stint on a nighttime series, ‘The Good Doctor’, in 2017.

Why would someone who was widely praised for his acting efforts and surely was a daytime draw only be able to secure less than a handful of jobs in the entertainment industry in nearly five years since leaving Y&R? Well, he didn’t leave. As noted, then executive producer Jill Farren Phelps let him go. She basically fired him for a cause(s) that remain(s) mostly shrouded.

Muhney’s release was surprising. But what followed was unusual in a number of ways. Mix the insurgence of social media into the frame and what’s happened to his career, is explainable, albeit with circumstantial evidence.

To assert that Muhney has been blacklisted implies that he hasn’t gotten work in daytime because his real life character was sullied to such a degree that he became and remains basically unemployable, at least in daytime.

The ugly rumor that was widely circulated across the Internet won’t be written in this digital space for a reason. There’s no definitive evidence that it was true. Muhney advised since that time that he’d hired a private investigator who located the source of said rumor. It apparently was a person with no connection to Muhney, or Y&R.

Muhney, though his investigator, noted that a member of the public made up the charged claim, which was then circulated across social media and the blogosphere. A search reveals that Y&R never specifically addressed that rumor. However, the show did interview Muhney for rehire in the summer of 2014.

The idea that any corporation, let alone a major entertainment business like Sony, would interview an actor who was ineligible for rehire seems preposterous. No company would ever do that. But would a savvy business interview Muhney in order to present itself as above-board?

How could Muhney pursue charges of wrongful termination if his employer, Y&R, released him from his contract, for whatever the cause, and then also interviewed him on the plausible premise of rehire? He likely couldn’t. And, there’s no evidence that Muhney ever has. Whether he wanted to is a different question.

So, why was Muhney let go?

In all likelihood, the actor’s comments about his overly assertive on-set behavior, which were offered after the fact and in reflective retrospect, at least are in the ballpark base of why Y&R’s hand was forced. It appears, again based on Muhney’s own admission, that he was overly disruptive on the set with his colleagues.

There are many real world instances where a talented, but disruptive, employee is let go. But since almost all businesses don’t have their work products digitally recorded and broadcast, or streamed to millions of people, relatively few outsiders ever learn (or care) why the Adam’s, or Eve’s are terminated.

In today’s world, where claims and conjecture, all of which can’t logically be true, are often investigated by companies who fear a society that’s been conditioned to be litigious, Muhney’s removal might make sense. His ongoing absence from daytime also appears to be connected as part of the fallout.

How could any of the four remaining soaps hire Muhney in a western society where anti-democratic forces within it want to force due process out of existence? Modern mob rule is employed when often anonymous social media users smear a public figure with the intent to harm careers, or smear business with the intent of forcing compliance.

No period of discovery, standard legal process, trial by a jury of one’s peers, or final verdict by a judge happens. Instead, he’s guilty! And yes, the male pronoun is most often used in these scenarios as part of the agenda that’s seemingly being pursued.

If Michael Muhney never works in daytime again, then it’s fair to assume that he may have been blacklisted. This speculative point may be true now, as his hire could be seen as not worth the risk of backlash based upon whispers.

But an honest person, who doesn’t want to besmirch Muhney, Y&R, others who were and are associated with the show, or the other three soap operas wouldn’t offer a declarative statement about any of this because that would be a smear job in itself.

Instead, present what’s known, provoke thought with questions, and let everyone use their judgment to decide why Muhney hasn’t been rehired to play Adam, or why this vastly talented actor hasn’t been hired to play anyone else in soap land.