The Young and the Restless Spoilers: Mal Young Reveals Why J.T. Had to Die – Shocking Exit Explained

BY Heather Hughes on April 17, 2018 | Comments: one comment
Related : Soap Opera, Spoiler, Television, The Young and the Restless 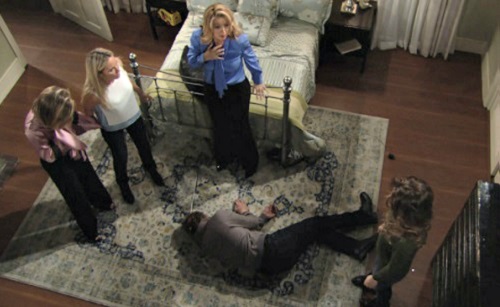 The Young and the Restless (Y&R) spoilers tease that fans are still buzzing about J.T.’s (Thad Luckinbell) sudden death. Many viewers could see it coming from a mile away. Whenever a soap character gets THAT dark, there are two options. He or she can become a supervillain or face a grim fate.

J.T. wasn’t supervillain material and Luckinbell didn’t want to stick around forever. That meant J.T. had to bite the dust. Y&R couldn’t just let him leave town without facing consequences. Prison could’ve been an alternative, but even that was too good for vicious J.T. We don’t condone killing in the real world, but it’s the most satisfying exit for a monster in the world of daytime dramas.

However, there are some other great reasons for J.T.’s death. For starters, it created an event for this arc to build toward. It also provided some shock value for Y&R fans on the edge of their seats. Even though plenty of people suspected J.T. would be killed off, it still created some shocking scenes. 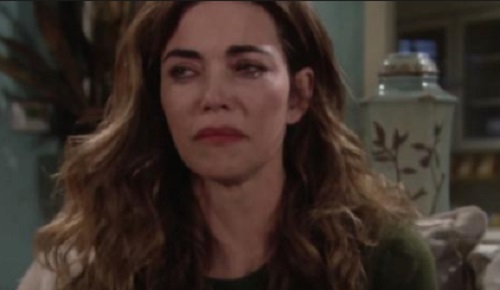 Soaps love to get viewers talking on social media. Whether the buzz is good or bad, the exposure could lead to more eyes on screens. That’s always a good thing. Still, some fans are upset that J.T. was the one used for this storyline. His character took a cruel turn and they want to know why. Mal Young, Y&R’s executive producer and head writer, has the answer.

In an interview with EW, Young explained that J.T. was the ideal choice for an abuse storyline. “Utilizing J.T., an established character on the canvas, we felt gave this important story even more impact,” Young said. He also indicated that this plot highlighted a “very pertinent social issue, domestic abuse, that sadly affects all walks of life and in various forms.”

Even if you’re a huge J.T. lover, it’s difficult to argue with Young on that. Think about how different this storyline would’ve been if they’d used someone like Travis (Michael Roark) or even Ben Hochman (Ben Hermes). Victoria (Amelia Heinle) would’ve dumped those guys before they ever laid a hand on her. She wouldn’t have put up with their cruelty because the history just wasn’t there.

With J.T. and Victoria, it was almost a “one that got away” scenario. They share a child and Victoria desperately wanted a fairytale ending to their love story. J.T. knew Victoria quite well, so he was able to say all the right things and reel her back in after he crossed the line.

Is this the J.T. that viewers remember? No, but his time off canvas allowed for the changes in his character. It created the perfect storm for J.T.’s downward spiral and demise. The Young and the Restless spoilers say even more chaos is looming, so stay tuned.