The Young and the Restless Spoilers: Mariah and Tessa Try To Make It Work – But J.T. Drama Dooms Relationship

BY hellodrdavis on December 3, 2018 | Comments: one comment
Related : Soap Opera, Spoiler, Television, The Young and the Restless 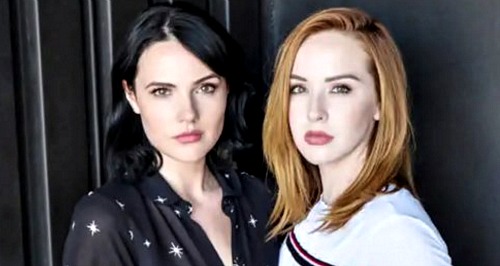 The Young and the Restless spoilers tease that Mariah (Camryn Grimes) will experience some serious on-going tension with Tessa (Cait Fairbanks). Things have been strained between the two ladies since Mariah found out that Tessa was the cover-up crew blackmailer, and things got worse after Victoria (Amelia Heinle) confronted Tessa and confiscated the money and the incriminating thumb drive.

Both Mariah and Tessa feel betrayed by each other, and their mutual trust has been ripped apart. Mariah is still in disbelief that Tessa had it in her to blackmail the coverup crew and keep it from Mariah for as long as she did. And Tessa is still stunned that Mariah colluded with the cover-up crew to get the thumb drive back.

But still Mariah and Tessa still seem willing to try to make things work between them. Mariah didn’t rush back home to Sharon’s (Sharon Case) place right away, which she easily could have done. And Tessa didn’t immediately throw Mariah out of the apartment. They know that they each made mistakes, and perhaps each would find it hypocritical to dump the other.

And so, the two will plow forward with their relationship, even though they have doubts. But it won’t be easy. Y&R spoilers indicate that Mariah will have difficulties connecting with Tessa in the coming days. The two won’t know how to talk to each other, and in a way it will be like starting over.

One has to wonder how their relationship will suffer from the on-going J.T. (Thad Luckinbill) investigation. Rey (Jordi Vilasuso) isn’t going to let up any in his quest to hunt down J.T.’s murderer and anyone who knows anything about it, so the pair will have that to worry about.

Plus, there will be new developments for the cover-up crew that may point suspicion in Tessa’s direction. Y&R spoilers say that Nikki (Melody Thomas Scott) will receive a couple of serious warnings; she’ll discover her stables on fire and will later awaken to find J.T.’s clothes beside her in her bed. It looks like she won’t suspect Tessa, but Mariah might initially have her doubts, which could impact her relationship with Tessa.

It looks like it will be a difficult road ahead for Mariah and Tessa. Are you rooting for these two? Stay tuned to the CBS soap and don’t forget to check CDL often for the latest Young and the Restless spoilers, updates, and news.