The Young and the Restless Spoilers: Melissa Ordway Reveals Y&R Return Details – See When She’ll Be Back on Set 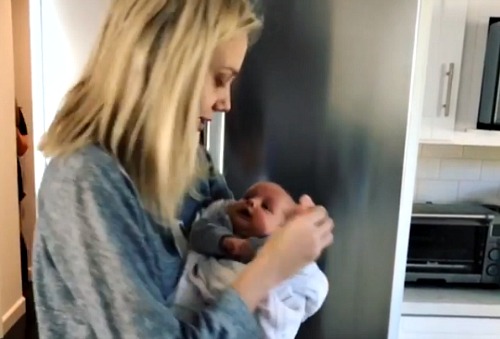 The Young and the Restless (Y&R) spoilers tease that a big return is coming up. Y&R fans know that Abby’s (Melissa Ordway) currently staying in Paris. She’s busy working on some Newman deals, so that was an easy explanation for Ordway’s brief departure. Ordway recently had a baby girl, so she’s been home recuperating and bonding with her little one.

Since Ordway has a 20-month-old daughter as well, she’s had a lot on her plate! However, Ordway’s maternity leave is wrapping up. In an Instagram story, Ordway revealed that she made her first trip back to the studio on Thursday. She popped in for a meeting about her upcoming return.

Next week, Ordway will be on set to film more scenes. It should be great to see Abby get in on the action again. Major changes have been going down at Newman Enterprises lately. Now that Ashley (Eileen Davidson) has accepted Victor’s (Eric Braeden) generous offer, Abby will have a fierce ally.

This opens the door to some fun mother-daughter mayhem. They could be quite a team against Victoria (Amelia Heinle). Scott was recently written out and Daniel Hall tweeted that his character wouldn’t be back anytime soon. Perhaps The Young and the Restless will eventually bring a new love interest on board for Abby.

For now, Abby can rejoin the gang at Newman and enjoying sticking it to her sister. Victoria deserves to face some chaos after the way she stabbed Abby in the back. Let’s hope Ashley and Abby can bring their “A” game. With any luck, they’ll dial Victoria’s bossiness down a bit.

As for Ordway, she seems ready to head back to Genoa City. Ordway noted that it was fun catching up with the cast and crew. She’s looking forward to the hot Y&R drama ahead. “It was so good to see everyone and I can’t wait,” Ordway said. “Abby is back!”

Of course, Ordway will have a hard time tearing away from those cute kids. Her latest meeting only took her away from them for a few hours, but that was long enough to miss them. Ordway said, “This is the longest I’ve been away from the babies…I’m kind of freaking out!”

Nevertheless, Ordway insisted that she’s pumped about her return and all the fun stuff waiting for her in GC. The Young and the Restless spoilers say some fantastic scenes are in the works. We’ll give you updates as other Y&R news comes in. Stay tuned to the CBS soap and don’t forget to check CDL often for the latest Young and the Restless spoilers, updates and news.

Sophie’s deep in thought, thinking about how to wish @spellnate a happy birthday! 🤔 Happy Birthday, Nate! 🎉🎂