BY hellodrdavis on September 20, 2018 | Comments: 2 comments
Related : Soap Opera, Spoiler, Television, The Young and the Restless 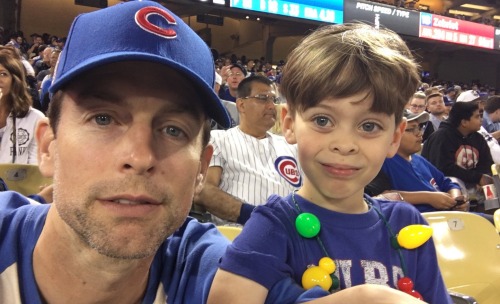 The Young and the Restless spoilers has some frightening health news to report about someone very close to a former star of Y&R. Michael Muhney, who portrayed Adam Newman on the CBS soap, recently tweeted a poignant message about the pain and fear that occurs when one’s child has serious medical issues.

The message reads: “Going through private pain and torment and fear as a parent on behalf of your child’s medical and heart issues is something I don’t wish on anyone. Hug your kids close. Love your loved ones as much as you can. Life is short. Life is so very precious.”

Michael and his wife Jamie have three children: Dylan (16), Ella (10), and Truman (5). As you can imagine, fans have been replying to Michael’s tweet in droves and several have indicated that it’s Michael’s youngest son Truman who has heart issues. But we should note that Michael does not indicate in his tweet (or elsewhere in his feed) specifically who he is referring to.

Michael frequently tweets photos and updates about his children, and he also tweets about a variety of other subjects and people as well. Worried fans will have to wait for more tweets from Michael for updates on the situation.

Michael portrayed Adam Newman on The Young and the Restless from 2009-2014 and was nominated for an Emmy for Outstanding Actor for the role. He’s appeared in various TV series over the years, most recently appearing in an episode of The Good Doctor.

Our thoughts and well-wishes are with Michael and his family. Stay tuned to the CBS soap and don’t forget to check CDL often for the latest Young and the Restless spoilers, updates, and news.

Update: Michael later posted tweets of Truman and about his son which made it clear that he is child with the heart issues which are being dealt with.

“So kind to get the love and concern and the stories you’ve been sharing. Tests are in, as of now, the specialists will be keeping an eye on Truman as his heart valves grow, but I feel like we are dodging a bullet and have good cause to be optimistic.”

Going through private pain and torment and fear as a parent on behalf of your child’s medical & heart issues is something I don’t wish on anyone. Hug your kids close. Love your loved ones as much as you can. Life is short. Life is so very precious. ❤️

Our little guy is a trooper.