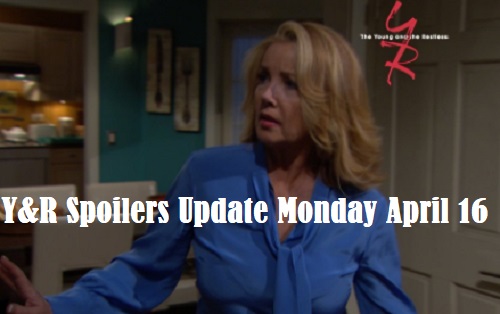 The Young and the Restless (Y&R) spoilers for Monday, April 16, tease that Nikki (Melody Thomas Scott) will start to lose it when she realizes J.T.’s (Thad Luckinbell) dead. She just intended on knocking him out, but things didn’t turn out that way. Phyllis (Gina Tognoni) will confirm that J.T. doesn’t have a pulse, so they’ll try to figure out what they’re going to do.

Suddenly, Mariah (Camryn Grimes) will bang on the door and ask if they’re in there. Sharon (Sharon Case) will come out of the bedroom and lead Mariah back downstairs. Since Mariah will still be pretty out of it from all the booze, Sharon will realize their secret’s safe – at least for now. She’ll send Mariah home and return to the J.T. chaos.

Phyllis will manage to convince the others that no one will believe their story. She’ll think they need to cover this up ASAP. Victoria (Amelia Heinle) will feel like she’s to blame for this mess, but the rest of the group won’t think so. They’ll all do whatever they can to support and protect one another. 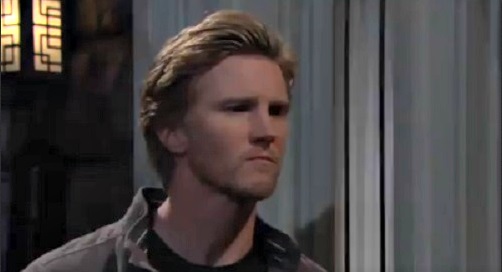 At the hospital, Victor (Eric Braeden) will spell out J.T.’s name on Nick’s (Joshua Morrow) phone. Y&R spoilers say Nick will misunderstand and vow to get the info J.T. has on the attacker. Over at the police station, Paul (Doug Davidson) and Christine (Laralee Bell) will get some big news. They’ll learn J.T.’s blood is the match for the drops they found at the ranch.

Paul will declare that J.T. is now their top suspect. He’ll head over to Victoria’s place in hopes of tracking him down. Meanwhile, Nikki will look at J.T.’s ringing phone. She’ll realize Nick’s trying to call him, so she’ll wonder what that’s all about.

Later, Paul will pop in and get updates on the breakup. He’ll hear that Victoria found out about the undercover mission and dumped J.T. Sharon and the others will mention that they rallied around Victoria with a girls’ night. Once Paul exits, the ladies will worry about getting caught. The Young and the Restless spoilers say Phyllis will think there’s only one thing to do. They have to dispose of the body.

Back at the hospital, Victor will finally manage to say a few words. He’ll let Nick know that J.T. did this to him. The Young and the Restless spoilers state that Nick will immediately call Paul. He’ll share what he’s learned and confirm Paul’s suspicions.

Paul will indicate that he intends to arrest J.T. for attempted murder. He’ll issue a warrant, which Mariah will hear about on the news at home. It sounds like the excitement will continue to build in Genoa City. We’ll keep you posted as other Y&R details emerge. Stay tuned to the CBS soap and don’t forget to check CDL often for the latest Young and the Restless spoilers, updates and news.