The Young and the Restless Spoilers: New Year, New Adam – 4 Storylines Adam Newman’s Needed for in 2019 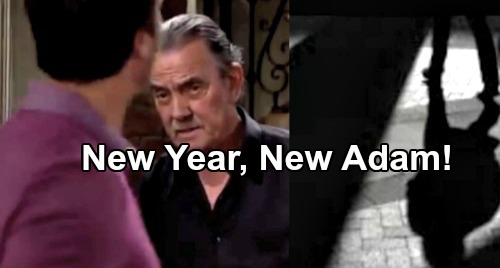 The Young and the Restless (Y&R) spoilers reveal that major changes are underway at the CBS soap, so we could see some cast announcements soon enough. Since there have been so many newbies this year, a few of them will inevitably become casualties of the behind-the-scenes shifts. Of course, that could pave the way for big returns and shocking new plots.

There’s one comeback that numerous Y&R viewers have been hoping for. Ever since Adam Newman (last played by Justin Hartley) was presumed dead in an explosion, fans have been anxiously awaiting a recast or perhaps a previous version’s return. Michael Muhney has made it crystal clear that he’d like to reprise the role of Adam, so that’s a possibility to consider.

However, most viewers would probably be willing to accept a recast as well. There are usually objections when too many new faces show up, but it’s different if it’s a character we already know and love. As long as The Young and the Restless gets a solid actor for the part, Adam’s comeback should work just fine.

In fact, Adam’s return may be necessary if the show wants to generate some positive buzz in the new year. Let’s consider four storylines that Adam could be part of. For starters, we’d get the typical back-from-the-dead drama. That alone would be worth bringing Adam back for. Victor Newman (Eric Braeden) would be especially thrilled to have his beloved son back.

Adam’s fate was set in motion by Victor, but they managed to patch things up in the end. It’s possible Adam changed his mind about that, but Victor would love to see him alive no matter what. He’s all about family, so it’d be great to see Adam get back in the mix.

This could even turn into heated corporate feud. Adam could join forces with Victor at Newman Enterprises and target Nick at Dark Horse. Would they be powerful enough to sink Nick’s company? Y&R fans would love to find out!