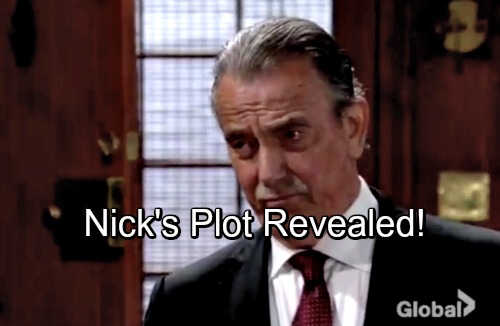 The Young and the Restless (Y&R) spoilers tease that Newman is poised for a huge fall if Victor (Eric Braeden) doesn’t act fast. In Wednesday’s Y&R episode, Victoria (Amelia Heinle) realizes the company’s under attack. Somebody knows all Newman’s dirty dealings and confidential info. It’s just waiting to be unleashed on the world.

Victor will do his best to find the source of the threat, but he could run into some trouble. If it were easy, it wouldn’t be a great Young and the Restless mystery! However, there have been a few clues lately. Victor may not know who’s behind the chaos, but there’s someone who immediately comes to mind as a possibility. 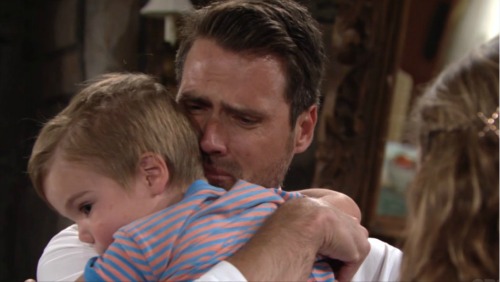 Let’s consider the facts. Victor (Eric Braeden) went up against Nick (Joshua Morrow) and got temporary custody of Christian (Jude and Ozzy McGuigen). That led to a declaration of war. A furious Nick assured Victor that he was going to destroy him. He suggested that everything Victor cared for would crumble. Newman Enterprises and the family legacy would be at the top of that list.

The timing of all this is certainly suspicious. Is it a coincidence that a threat emerged soon after Nick’s warning? It doesn’t seem that way! Of course, destroying Newman would mean hurting Victoria, Abby (Melissa Ordway) and even Noah (Robert Adamson). They’re all involved in Newman business, but Nick might think they’ll be better off in the end. He may feel like he’s doing them a huge favor. 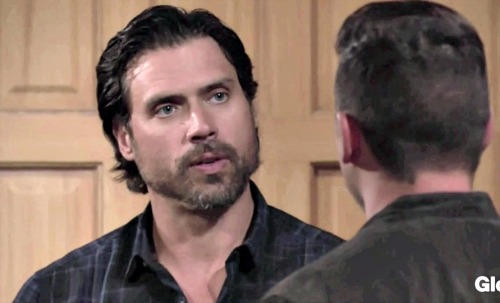 We’ve seen what happens to family members caught in the Newman web. Victor chews them up and spits them out like it’s nothing. Remember how Victor was supposedly grooming Abby to take over Newman one day? Victor later gave her job to Victoria and ultimately tried to give it to Nick. He flat-out admitted that he wouldn’t let the women of the family run things.

Noah hasn’t fared much better in the past. Victor was willing to turn his own grandson over to the cops after the hit-and-run accident involving Billy (Jason Thompson). When his children and grandchildren aren’t loyal little soldiers, Victor immediately turns on them. It’s no wonder Nick wants to protect Christian from that toxic environment. 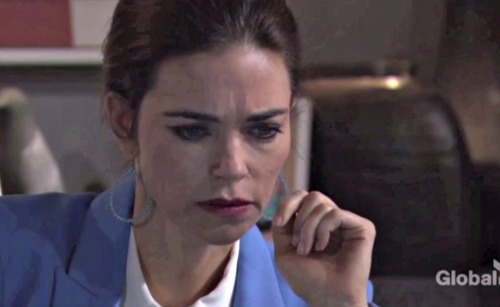 Perhaps Nick intends on saving his sisters and son, too. By obliterating Newman Enterprises, he may think they can all score their freedom and be done with Victor’s cruelty. Plus, it’d be a good dose of payback!