The Young and the Restless Spoilers: Nikki’s Nightmare Comes True – Victor Learns J.T. Secret, Blackmails to Get What He Wants 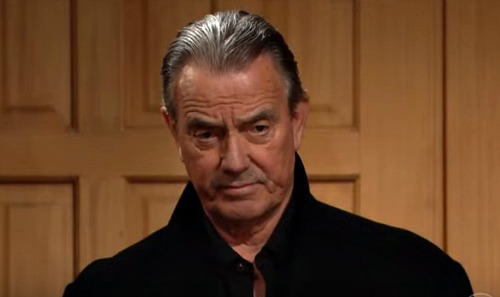 The Young and the Restless (Y&R) spoilers tease that Nikki’s (Melody Thomas Scott) fears may come true. After all the J.T. (Thad Luckinbell) drama went down, Nikki insisted they couldn’t tell Victor (Eric Braeden). She knows her husband tends to take advantage of situations like this. Victor could’ve helped with the cover-up, but the short-term benefit wouldn’t have been worth the long-term suffering.

Y&R fans can recall plenty of times when Victor’s used secrets against his loved ones. He’s the king of blackmail when he has something he wants. Nikki had the right idea when she pushed to keep Victor in the dark.

Unfortunately, that’ll probably be an impossible task. This secret involves two family members and a target Victor’s seeking. He’s determined to find J.T., so he’ll inevitably find the truth instead. Of course, this development should bring some pros and cons. Victor may indeed be able to help with the continued cover-up, so that’s a good thing. 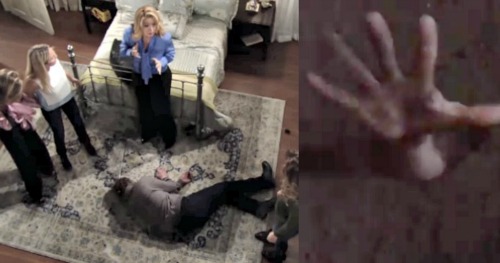 Nikki, Phyllis (Gina Tognoni), Sharon (Sharon Case) and Victoria (Amelia Heinle) have done the initial hard work, but they can’t get sloppy. Victor’s great at hiding crimes, so he’s the perfect person to lead this team. However, there would certainly be some disadvantages to having Victor involved. Again, Vic always finds a way to exploit predicaments and achieve victories in the process.

In other words, Victor may blackmail all of them just as Nikki feared. For starters, he could convince Nikki to forget this open marriage business and just accept their destiny. Billy (Jason Thompson) could easily start sniffing around Victoria (Amelia Heinle) again, so Victor may insist that their reunion’s not happening. That’d be another opportunity to flex his power. 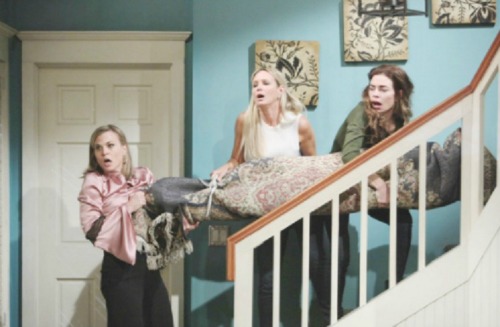 Despite “Philly’s” looming problems, Victor could force Phyllis to keep Billy occupied. He may go easy on Victoria since she’s been through so much already, but the others would be fair game. Sharon’s inching toward a renewed romance with Nick (Joshua Morrow), so Victor might put a stop to that, too. He’s made peace with Nick, so he’ll probably start caring about his son’s future again.

Bottom line, it could cause even more trouble if Victor joins the secret club! Do you think Victor would stoop to blackmail like Nikki suspects? We’ll give you updates as other Y&R news comes in. Stay tuned to the CBS soap and don’t forget to check CDL often for the latest Young and the Restless spoilers, updates, and news.