BY Kinsley Goldman on October 25, 2018 | Comments: one comment
Related : Soap Opera, Spoiler, Television, The Young and the Restless 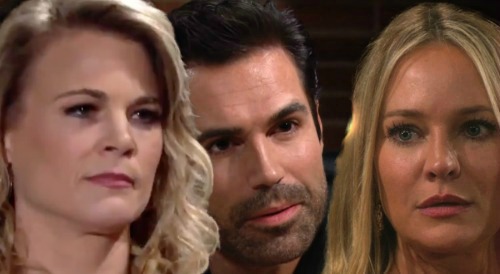 The Young and the Restless (Y&R) spoilers tease that Nick (Joshua Morrow) will have to let go. Sharon (Sharon Case) has made her stance clear, but Nick’s struggling to get past his intense feelings. He’s still in love with Sharon, so it’s made him reluctant to close the door on their love story.

However, Sharon and Rey (Jordi Vilasuso) will continue to bond. It should become apparent to Nick that she’s leaving him behind, so he might as well leave her behind, too. His next love interest should seal the deal on not getting back together with Sharon – at least not anytime soon! It turns out Phyllis (Gina Tognoni) will come looking for comfort and Nick will happily give it.

Phyllis and Jack (Peter Bergman) recently shared a nice moment, but she may be too embarrassed to lean on him any further. After all, Phyllis broke up her marriage to Jack by cheating on him with Billy (Jason Thompson). Now she’s destroyed her relationship with Billy through another betrayal.

Of course, they were technically on a break and Billy did far worse by hooking up with Summer (Hunter King). That was a super sleazy move, but Phyllis still isn’t proud of her own actions. It may be easier for her to connect with Nick at this point. Their hookup had consequences, so they’re sort of in this together. They can understand each other like no one else right now.

Y&R’s seemingly laid the groundwork for a Jack and Phyllis reunion, but they’re going for a Phyllis and Nick reboot first. November sweeps will be “Phick’s” time to shine, so be prepared for some passionate moments. Things may start out innocently enough. Phyllis could confide in Nick as a friend, but it shouldn’t be long until they’re getting hot and heavy again.

The Young and the Restless spoilers say Nick and Phyllis will get caught up in a whirlwind of passion. They’ll burn fast and bright, which should be a real slap in the face to Sharon. She’ll believe she was right to shut Nick down, but this will still be painful. It’ll be one more way for the show to drive Sharon into Rey’s arms.