The Young and the Restless Spoilers: Sharon and Nick Can’t Fight Destiny – Christian Paternity and Adam Return Speed Up Reunion

BY Kinsley Goldman on January 25, 2018 | Comments: one comment
Related : Soap Opera, Spoiler, Television, The Young and the Restless 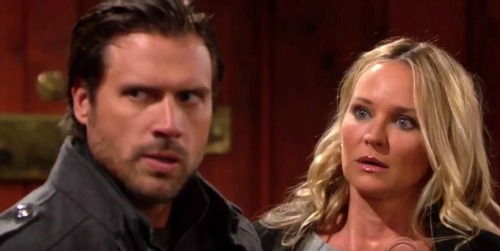 The Young and the Restless (Y&R) spoilers tease that Sharon (Sharon Case) will continue her efforts to help Chelsea (Melissa Claire Egan) and Nick (Joshua Morrow). She’s friends with both of them and she can see that they care about each other. Sharon has become quite generous with her time and concern lately. She just wants to be there for the people she loves.

Despite the issues they’re facing, Sharon will think Nick and Chelsea make a solid match. She’ll want to see them succeed as a couple, especially after what happened with Scott (Daniel Hall). Sharon isn’t feeling very optimistic about her own love life right now. If she can help another duo stay on track, she’ll believe she’s doing the right thing.

Of course, Sharon’s view could shift sooner or later. Her initial attempt to do a good deed could turn into something else entirely. The Young and the Restless spoilers say Nick and Sharon will grow much closer during February sweeps. Perhaps he’ll lean on her for support when more problems arise with Chelsea such as Christian’s paternity reveal.

Nick might even bounce some proposal ideas off Sharon. He could feel like it’d make Chelsea understand just how committed he is to her. Sharon might urge Nick to go for it, but is that what she’ll really want? As time goes on, Sharon will likely fall for Nick again. She’ll be lonely, so the thought of this Y&R reunion will be awfully appealing.

Nick’s always been Sharon’s soul mate anyway. They seem destined to circle back around as a couple. Since Adam’s shocking return appears to be in the works, he’ll inevitably end up with Chelsea. She just can’t resist her sexy, devoted former flame. Where will that leave Nick? Hopefully in Sharon’s arms! It certainly sounds like that’s what Sharon will want down the road.

Are you rooting for Sharon and Nick as a couple? Do you hope they’ll reunite right along with Chelsea and Adam? Y&R has some juicy drama brewing, so stay tuned. We’ll give you updates as other Young and the Restless news comes in. Stick with the CBS soap and don’t forget to check CDL often for the latest Young and the Restless spoilers, updates and news.