The Young and the Restless Spoilers: Shick Killed Off – Nick and Phyllis Cheat on Butcher Block Island – What Is Y&R Thinking?

BY Sean O'Brien on July 22, 2018 | Comments: one comment
Related : Soap Opera, Spoiler, Television, The Young and the Restless 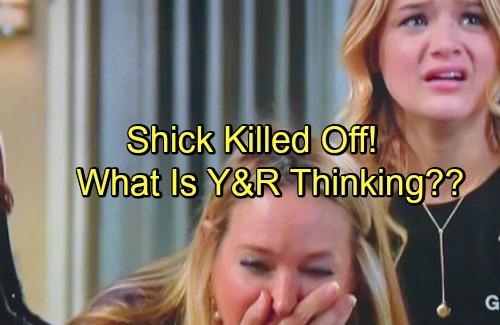 The Young and the Restless spoilers tease that Nick’s (Joshua Morrow) latest cheat with Phyllis (Gina Tognoni) will kill off Shick whenever Sharon (Sharon Case) learns this horrid truth. That means full-out misery for all fans of this one time and seemingly future couple.

Shick fans can’t believe it, or maybe they can. The seemingly finally realized reunion, that was last stopped by Phyllis in 2014, is about to be blocked again.

Why would Y&R torture the fan base that loves Sharon and Nick in this manner? It’s might just be diabolical unless some miraculous turnabout unfolds.

Sharon became disenchanted with Nick after he revealed his J.T. (Thad Luckinbill) identity ruse. She left her engagement ring on a table in the cottage, which Nick later found. 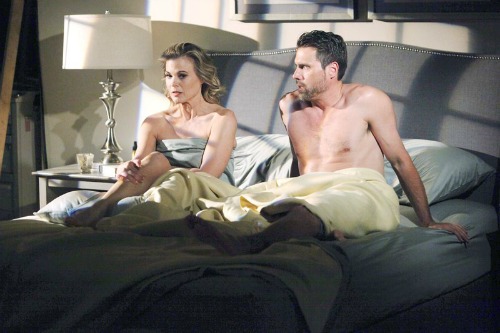 Mariah (Camryn Grimes) tried to talk her mom away from overreacting. While Sharon’s understandable response never confirmed that all was over where Shick is concerned, her fated feeling will be infinitely compounded when the Phick revival happens.

In typical fashion Nick acted on impulse when he discussed the issue with Phyllis. Why confide in her when you know how she feels about Sharon, Nick?

The scene where Phyllis and Nick reconnected on the butcher block island in Summer’s (Hunter King) condo was disgusting. Think of the uncooked meat, pesticidal vegetables and fruit that were there before Nick threw his former mistress and eventual wife down on that hard surface. Unclean doesn’t even begin to define how inorganic that horizontal event was.

Meanwhile, there sat Sharon at the coffee house. Crimson Lights, after the cottage, is a key touchstone setting for Shick. That’s one reason why Sharon went to that hallowed ground. She was attempting to feel close to the man she’s fallen in love with again, while at the same time he was getting it on with, oh jeez, Phyllis!

Repeat history is common on the other side of the screen, meaning for audience members and Y&R’s actors in their real lives. Soapy history recycles if TPTB believe that an audience wants to revisit a certain feeling. But that logical rerun wouldn’t fit with Phick bludgeoning Shick one more time.

Supervising producer, Lisa de Cazotte and executive producer and head writer, Mal Young need to provide a full explanation in coming weeks to explain this blunt object storyline. Shick fans deserved their couple to marry and be happy for at least a year. Is that possible now?