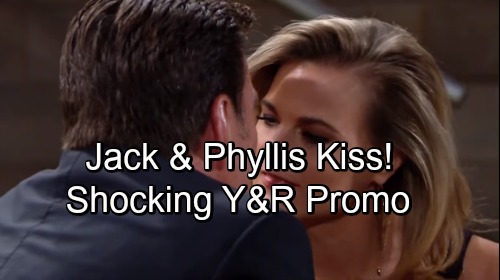 The Young and the Restless (Y&R) spoilers and shocking new promo video for the week of August 6-10 tease that some stunning moments are on coming up. First, Lily (Christel Khalil) will struggle to accept her fate. She’ll decide to make a full confession, but she may hold out hope that she can back out. Lily will beg Devon (Bryton James) for forgiveness and try to make him understand how sorry she is.

Of course, Devon’s in a lot of pain right now and that’s clouding his judgment. He’ll make it clear that he’s never going to forgive Lily for what she’s done. The Young and the Restless spoilers say Devon will reiterate his ultimatum.

If Lily doesn’t turn herself in, Devon intends to do it for her. Lily will realize she doesn’t have a choice here. She’ll march over to see Paul (Doug Davidson) and spill the whole story. 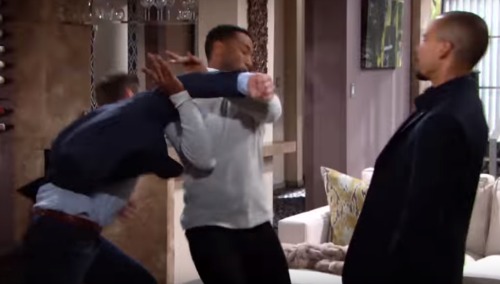 Y&R fans can expect a somber mood as Lily comes clean. She’ll recap how she ripped into Hilary and took her eyes off the road. Lily will reveal that she ran a red light, which caused the truck to slam into them.

She’ll assure Paul that she never meant for this to happen, but she’ll be ready to face the consequences. Lily will just hope this somehow helps Devon through his unbearable grief.

It looks like Lily will be arrested and charged soon enough. Devon will think that’s fantastic news. He wants nothing more than to see Lily in prison. However, Cane (Daniel Goddard) will be furious over all Devon’s pressure. He won’t think it’s right for Devon to tear apart their family, but Devon will fire back that he lost his own.

Thanks to Lily’s recklessness, Devon’s wife and child are dead. He longed for a beautiful life with Hilary and their son or daughter. Now Devon’s left with nothing, so he’s craving revenge. 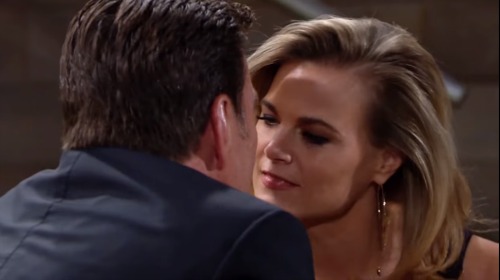 The Young and the Restless spoilers say Devon will push for the maximum sentence. He’ll want Lily to watch her kids grow up from behind bars, but that statement will really set Cane off.

A raging Cane will physically attack Devon. Fortunately, Nate (Brooks Darnell) will be there to break up the fight. He’ll urge Cane and Devon to cool it, but their war will only get worse as time goes on. Over with Jack (Peter Bergman), he’ll support Phyllis (Gina Tognoni) through a crisis. She’ll be truly touched by how much Jack still cares.

Phyllis will get emotional as she talks about everything that’s happened between them. She’ll admit that she thought Jack hated her. The Young and the Restless spoilers say Jack will shut down that idea. He’ll contend that you don’t just stop loving someone. These exes will lean in for a steamy kiss, so more “Philly” problems are looming.

It sounds like some great episodes are on the way. We’ll give you updates as other Y&R details emerge. Stay tuned to the CBS soap and don’t forget to check CDL often for the latest Young and the Restless spoilers, updates, and news.