BY Kinsley Goldman on March 20, 2018 | Comments: one comment
Related : Soap Opera, Spoiler, Television, The Young and the Restless 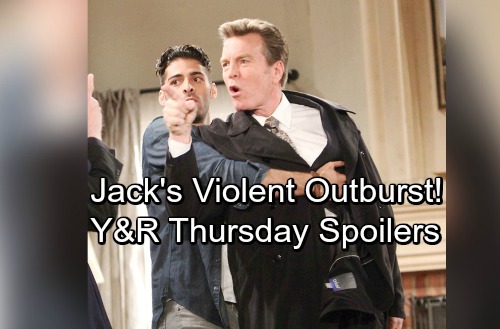 The Young and the Restless (Y&R) spoilers for Thursday, March 22, tease that Jack (Peter Bergman) and Ashley (Eileen Davidson) will spar over the lawsuit. He was determined to make Ashley return to Jabot, but he truly crossed the line this time. Ashley’s suing Jack for defamation of character, so their feud will obviously heat up again.

Jack may not think this is fair since nothing was ever made public. Ashley’s career wasn’t really affected in the end. Plus, Ashley can’t very well sue Newman Enterprises now that she’s staying on board. That means Jack’s the only one being threatened with such a harsh penalty. He’s sure to be furious when Victor (Eric Braeden) backs Ashley up on this. 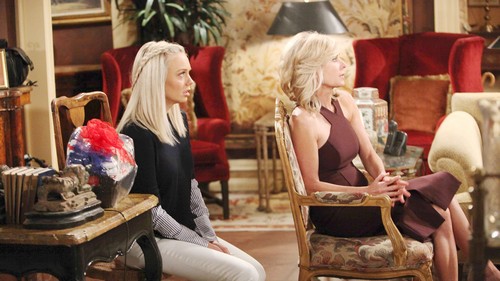 The Young and the Restless spoilers say Jack will have a serious outburst in Thursday’s episode. It looks like Jack will nearly take a swing at Victor, but Arturo (Jason Canela) will manage to hold him back. Of course, this won’t mark the end of their battle. Jack’s rage is only going to grow stronger from here, so things are bound to get ugly down the road.

Meanwhile, Nick (Joshua Morrow) will decide to do something nice. He got on Nikki’s (Melody Thomas Scott) bad side after all the Arturo drama, so he might try to make amends somehow. Then again, this could be about easing the awkwardness with Sharon (Sharon Case). After Mariah (Camryn Grimes) hinted that Sharon was falling for Nick, the thought seemed to rattle her a bit later. 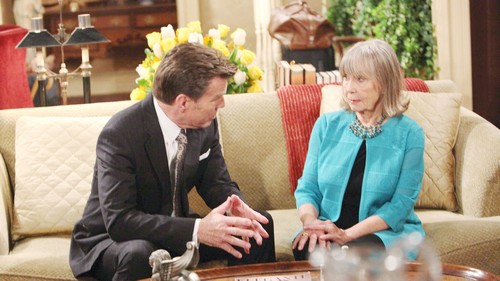 Whatever the case, Nick’s plan will flop and he’ll end up with more tension than before. Y&R spoilers say Nick and Sharon have a tiff coming up, but they’ll work through it. By the time this conflict wraps up, they’ll be one step closer to a reunion.

Naturally, there’ll be major obstacles along the way. Phyllis (Gina Tognoni) and Nikki (Melody Thomas Scott) will certainly have objections if Nick’s bond with Sharon intensifies. You can bet they’ll be keeping an eye on this situation!