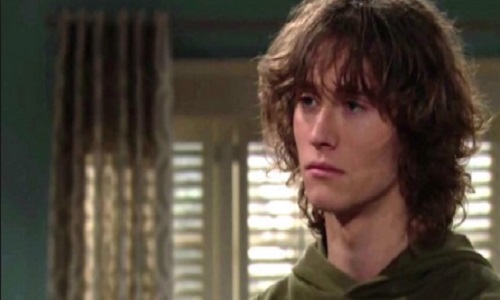 The Young and the Restless (Y&R) spoilers tease that J.T. (Thad Luckinbell) will meet a grim fate as his current arc winds down. Y&R’s weekly promo suggests that J.T. will face a shocking death, so that means Reed (Tristan Lake Leabu) has some tough news headed his way. He’ll certainly have a hard time coping once the final phase of this storyline plays out.

J.T. will attack Victoria (Amelia Heinle), so she may have no choice but to defend herself. Phyllis (Gina Tognoni), Sharon (Sharon Case) and Nikki (Melody Thomas Scott) will also get involved in this messy situation. They’ll be on hand to help Victoria (Amelia Heinle) get rid of the body later, but she obviously can’t erase J.T. from Reed’s memory. The teen’s going to need some sort of explanation.

The Young and the Restless spoilers suggest this could tie in with Reed’s exit. Tristan Lake Leabu’s departure hasn’t been confirmed just yet, but there’s been some strong buzz online. Word has it that someone who was on set during Leabu’s final scenes leaked the information. 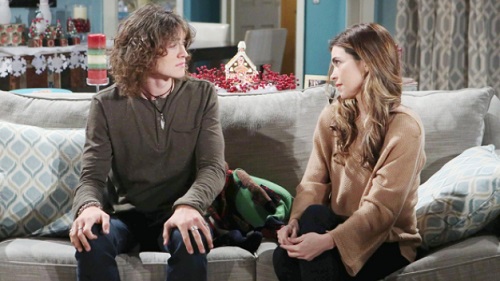 After J.T.’s death, Victoria will have to decide how she’s going to handle this tricky situation. She could lie and argue that J.T. simply bailed, but Y&R buzz hints that she may decide honesty is the best policy. Reed will have a lot to process, so it seems he’ll want to get out of Genoa City and make sense of all this.

Of course, Reed is still a minor. Victoria may not want him backpacking across Europe by himself or anything like that. Reed could always go hang out with Noah (Robert Adamson) in Mumbai or visit another off-screen family member who could offer support. There might be some sort of study abroad program at Reed’s school, so there are plenty of ways to make this exit work.

However, it’s a shame that Victoria may have to suffer alone. Reed and Victoria could’ve leaned on each other in the months ahead, but it appears that’s not what Y&R had in mind. On the bright side, Victoria can take some time to find herself just like Reed. She’ll need to heal and reflect on the horror that unfolded.

If Reed’s truly leaving The Young and the Restless, will you miss him? Should Victoria seek support from a new love interest soon or just focus on finding her own footing? We’ll give you updates as other Y&R details emerges. Stay tuned to the CBS soap and don’t forget to check CDL often for the latest Young and the Restless spoilers, updates and news.

It’s EVERYTHING you never expected this week on #YR. You won’t want to miss it. pic.twitter.com/TrnCrJuH2K