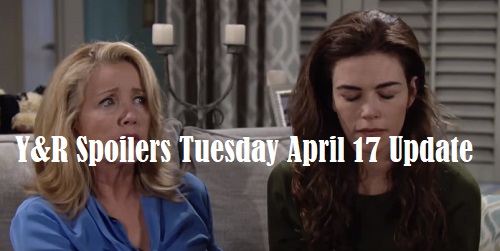 The Young and the Restless (Y&R) spoilers for Tuesday, April 17, tease that several Genoa City residents will face a difficult task. Phyllis (Gina Tognoni), Nikki (Melody Thomas Scott), Sharon (Sharon Case) and Victoria (Amelia Heinle) will need to dispose of J.T.’s (Thad Luckinbell) body ASAP. They’ll all bicker about where to ditch the corpse, but Nikki will have the best idea.

There’s already a huge hole in Chancellor Park thanks to the new project. Nikki will think they should bury J.T. in it and the others will quickly get on board. After grabbing a large rug, the ladies will roll J.T.’s body inside and start the long trek downstairs. They’ll be struggling on the staircase when Nick (Joshua Morrow) arrives to check on Victoria.

Once they hide the evidence, Victoria will answer the door and try get rid of her brother. Nick will explain that J.T.’s the one who attacked Victor (Eric Braeden), so Victoria will pretend to be surprised. The Young and the Restless spoilers say Nick will learn that J.T. and Victoria broke up. He’ll pump her for more info, but she’ll stay tight-lipped about the real reason. 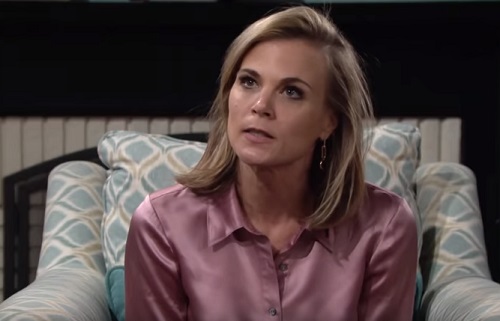 Nick will want to stay with Victoria until J.T. gets caught, but she’ll promise that she’s fine. The other party gals will back her up. After Nick exits, the body disposal mission will resume. Y&R fans can expect the cover-up gang to lug J.T. out the backdoor. They’ll head over to the park for the rest of this sneaky operation. J.T.’s corpse will be tossed in the hole and covered with dirt.

Meanwhile, Nick will meet up with Mariah (Camryn Grimes) to discuss the recent party. He’ll mention how weird it seemed over there and Mariah will agree. She’ll suggest that something was off when she left. Nick will note that he needs more info on J.T. and Victoria’s broken engagement.

Other Young and the Restless spoilers say Jack (Peter Bergman) will get updates on the investigation. He’ll complain when Christine (Laralee Bell) admits they had the wrong guy. Chris will reveal that Victor confirmed J.T. as his attacker, so Jack will assume he’s free to go. Unfortunately, that won’t be the case. Christine will force Jack to stay one last night so they can follow proper procedure.

At Hamilton-Winters, Hilary (Mishael Morgan) will be a bit woozy when she stands up. She’ll admit she hasn’t eaten lately, so Devon (Bryton James) will send her off with Tessa (Cait Fairbanks) to get food. Unfortunately, they’ll end up at the same place Devon and Simone (Shanica Knowles) choose for drinks.

At the athletic club, Hilary will fume as she watches Simone with Devon at the bar. When she hears her name come up in their conversation, Hilary will rush over to rant. They’ll get into a huge shouting match, but Hilary’s fainting spell will halt it briefly.

After Hilary comes to, she’ll think maybe this is a sign of her pregnancy. Devon will accuse Hilary of faking it, so expect more conflict. They’ll lash out at each other again, but Neil (Kristoff St. John) will suddenly arrive to break things up.

It sounds like a great episode’s on the way. We’ll keep you posted as other Y&R news comes in. Stick with the CBS soap and don’t forget to check CDL often for the latest Young and the Restless spoilers, updates and news.