The Young and the Restless Spoilers: Tuesday, January 23 – Victoria Drops a Bomb on Victor and Nikki – Phyllis’ Nightmare Plan 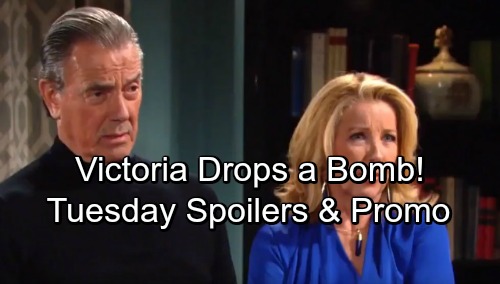 The Young and the Restless (Y&R) spoilers for Tuesday, January 23, tease that Victoria (Amelia Heinle) and J.T. (Thad Luckinbell) will face a difficult task. They’ll have to tell Victor (Eric Braeden) and Nikki (Melody Thomas Scott) something big. J.T.’s moving in with Victoria, so that news isn’t going to go over well. Victor and Nikki already think this revived romance is a horrible plan.

When Victoria announces that J.T. is living with her now, Nikki will quickly take a stand. She’ll list all the reasons why they shouldn’t rush into something like this. Victor will chime in, too. He’ll argue that J.T. hurt Victoria before and he’ll do it again. Victor just won’t believe J.T. is the man Victoria needs. He’ll think they’re going to regret this sooner or later. The Young and the Restless spoilers tease that Victor and Nikki are right! 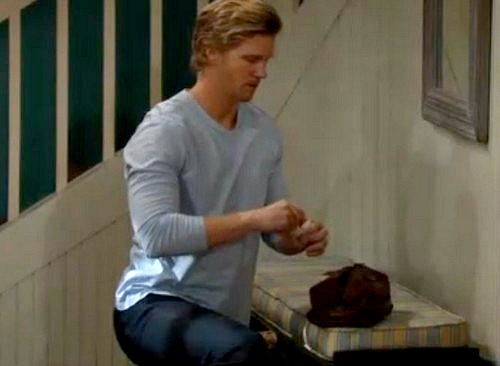 J.T. and Victoria won’t let the naysayers get them down. They’ll insist that they’re on the same page about their future together. Victoria and J.T. know they’re rushing into things, but they don’t care. They’re doing what feels right and ignoring any doubters that come along. Their happiness is what matters here, but trouble is clearly brewing.

Other Young and the Restless spoilers say Billy (Jason Thompson) will offer Chelsea (Melissa Claire Egan) some guidance. What kind of problem will he help her out with? Will it have something to do with her relationship?

Nick (Joshua Morrow) and Chelsea are fairly solid most of the time, but they still hit hiccups every now and then. If they face another obstacle, perhaps Billy will tell Chelsea how to get her romance back on track. He’s the king of tearing apart relationships and putting them back together.

Then again, Billy might have some business advice for Chelsea. Either way, she’ll have something to mull over. Elsewhere, Y&R spoilers say Phyllis (Gina Tognoni) will push Hilary (Mishael Morgan) toward Ravi (Abhi Sinha). She’ll set them up on a date, but the night will be a disaster thanks to Billy’s sabotage. A bet will derail Phyllis’ plot, but the evening won’t be a total loss. Devon (Bryton James) and Hilary will manage to squeeze in some warm moments.