The Young and the Restless Spoilers: Two New Characters Coming to Genoa City – Casting Calls for a Beauty and a Hunk 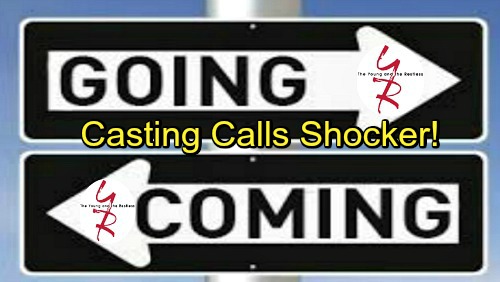 The Young and the Restless (Y&R) spoilers tease that the CBS soap has two new characters in the works. According to Soap Opera Digest, Y&R recently released a couple of interesting casting calls. The first is for the contract role of “Sofia.” They’re looking for an actress in her early 20s to play this “beautiful, independent and ambitious” character.

“Sofia” sounds like a stunning woman who knows what she wants! She’d probably have a thriving career and her pick of handsome gents. There’s another casting call for “Carlos,” a gorgeous and trustworthy guy in the early-30s range. “Sofia” and “Carlos” seem like names that could be related. It’s possible they’re siblings who will somehow end up in Genoa City at the same time.

For example, “Carlos” and “Sofia” might run a business together. They might even reach a deal with Devon (Bryton James). He’s always looking for ways to expand Hamilton-Winters and make it the best it can be. Devon would probably like to add a couple of hard-working team members at HW.

Then again, “Sofia” and “Carlos” could be a couple. However, the age difference would be a bit unusual – at least for a pair of newbies coming in. It would also be strange to debut two people who are already an item. Soaps typically like to pair up a new character with an established one. It boosts the chances of making a successful pairing. Still, it’s worth considering all the options here.

The Young and the Restless spoilers say these characters could both pop up around mid-June. There has to be some sort of connection between them. We should mention that the names and details could be changed by the time they hit the screen. Casting calls just offer a glimpse into what we might see down the road.

Nevertheless, the idea of having some new characters on canvas is exciting. Are you eager to see what “Sofia” and “Carlos” bring to the table? The Young and the Restless spoilers say there’s more drama to come in Genoa City, so stay tuned. We’ll give you updates as other news comes in. Stick with Y&R and don’t forget to check CDL often for the latest Young and the Restless spoilers, updates, and news.