The Young and the Restless Spoilers: Victoria’s Surprising Blackmailer Revealed – Rattled Secret-Keeper Pushed to the Edge 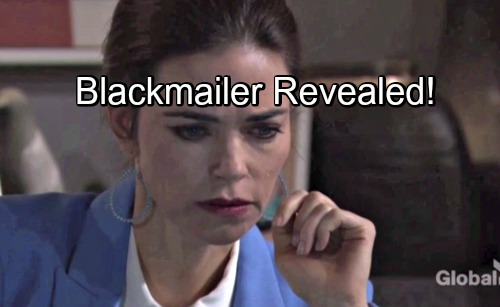 The Young and the Restless (Y&R) spoilers tease that Victoria (Amelia Heinle) will notice something puzzling on her computer. She’ll receive a message, which contains an audio clip. After Victoria decides to give it a listen, she’ll quickly start to panic. It’ll become clear that someone out there knows about J.T.’s (Thad Luckinbill) death.

The person who sent the message will use a voice distorter, so Victoria won’t have a clue who it might be. She won’t even know if the sender is male or female. Victoria will listen as the person spells out the situation. He or she will indicate that Victoria’s secrets aren’t safe anymore. She’ll be warned of looming drama, so what’s Victoria going to do?

That probably depends on the sender’s instructions. Victoria might be ordered not to tell anyone she was contacted. The person behind the threat may set up a private meeting or promise that more messages will follow. Victoria might think she needs to handle this herself instead of involving the rest of the cover-up crew. 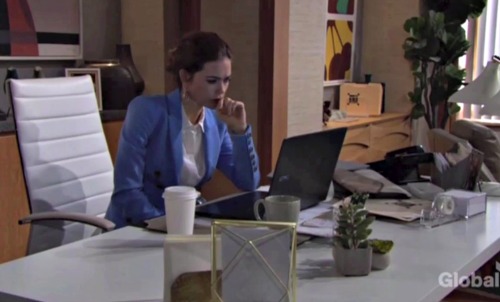 Then again, Victoria may freak and blab to the others. She could really use Nikki (Melody Thomas Scott), Sharon (Sharon Case) and Phyllis (Gina Tognoni) to help deal with this. Of course, the wording of the sender’s message is intriguing. He or she says “YOUR” (as in Victoria’s) secrets aren’t safe, so there may be some trickery involved.

What about the rest of the gang? Does this person truly know what happened or is this just a way to rattle Victoria? If the other cover-up crew members don’t get messages, it’ll be highly suspicious. It’s possible the sender only suspects Victoria had something to do with J.T.’s demise. He or she may think this is a good plan to get everything out in the open. 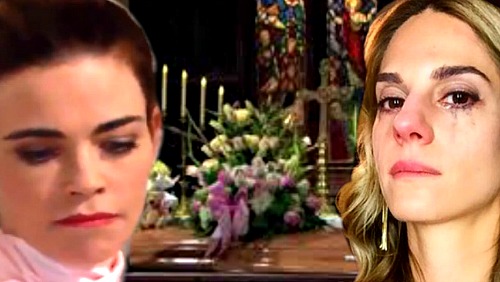 However, it’s also possible this person blames Victoria for what happened and is choosing to focus on her. He or she may only know part of the story. Whatever the case, there’s somebody who immediately comes to mind as a potential sender. The Young and the Restless spoilers say Mac (Kelly Kruger) will return to the new Y&R episode on June 22 and she’ll be involved in a story related to J.T.

Could Mac have hired a private investigator and scored some evidence? Does she simply believe Victoria hasn’t been honest about J.T.’s disappearance? Mac seems like one of the few people who would go to all this trouble. Despite J.T.’s abusive nature, she still cared about him and he’s the father of her children. Mac may have decided to get sneaky for the sake of the truth.

No matter who the message sender turns out to be, Victoria should be stunned once he or she’s revealed! She could be blackmailed and driven to her breaking point. We’ll give you updates as other Young and the Restless news comes in. Stick with Y&R and don’t forget to check CDL often for the latest Young and the Restless spoilers, updates, and news.