The Young and the Restless Spoilers: Was Philly Always Wrong – Phyllis and Billy Mismatched From the Jump?

BY Sean O'Brien on September 6, 2018 | Comments: one comment
Related : Soap Opera, Spoiler, Television, The Young and the Restless 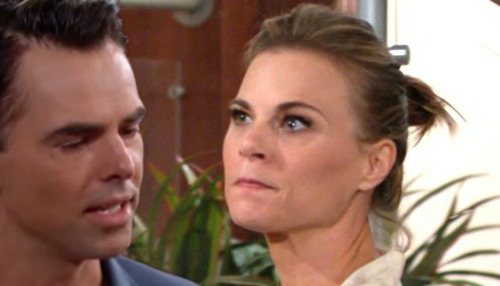 The Young and the Restless spoilers documented all things Philly through the, uh, Summer (Hunter King) of 2018. Now, as Phyllis’ (Gina Tognoni) daughter continues her all-out press to steal her mom’s boyfriend, a question is begging to be asked. Was Philly always wrong, as many longtime fans initially believed?

There are still plenty of fans who just don’t like the idea of Phyllis and Billy (Jason Thompson) being together. They are a mismatch. That’s the refrain that’s been sung since Burgess Jenkins filled this role.

Devoted viewers recall that Jenkins was still playing Billy when Y&R wrote this couple that came to be known as Philly together. Thompson was then tapped to become Billy circa early 2016.

The point being raised isn’t whether yesterday’s editions of Phyllis and Billy, as played by Michelle Stafford and Billy Miller respectively, would have ever become a couple. They wouldn’t have because the storyline in that era wouldn’t have been believable.

Tognoni’s and Thompson’s versions of these classic characters have projected chemistry. The actor’s collaborative efforts have been solid, as they’ve worked long enough to make what has become Philly a digestible duo.

Billy found Phyllis to be the anti-Victoria (Amelia Heinle). Yet, he was also hot onto his latest pursuit of his multiple time wife a few years ago. Billy continued seeing Vickie as a boomerang option while Brash and Sassy existed.

Phyllis felt Jack (Peter Bergman) wronged her. She believed that Jack didn’t rightly defend her honor after the Marco (also played by Bergman) ruse was revealed. That’s what drove her feelings.

Philly’s emotional bond was formed because the people each party loved rebuked them. Abandonment then led to comfort in each other’s arms. Phyllis and Billy transformed the past into something different.

Phyllis represented a stark contrast to Vickie’s Ice Princess mystique. Billy was the opposite of prime and proper Jack.

Philly happened because each half saw something fresh within the life of the person who was to become a new partner. It was a double rebound. But is that the basis for love? Did that form a sustainable relationship?

Summer believes that her mom would be better off with Jack and that Billy could be her actual love match. She thinks the modern edition of Phyllis is best paired to Jack and that Billy’s bad-boy image matches her own reckless demeanor. This fall viewers will likely learn how many perspectives were right, or wrong.