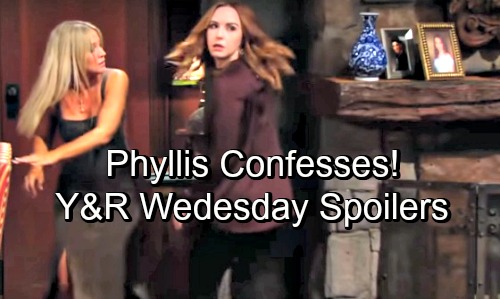 The Young and the Restless (Y&R) spoilers for Wednesday, August 29, tease that Devon (Bryton James) will receive guidance from a surprising source. The great Victor Newman (Eric Braeden) will decide to deliver a few words of wisdom. Devon has really been struggling since he lost Hilary (Mishael Morgan). He’s using his pain as fuel for revenge, which isn’t the healthiest way to deal with his grief.

Victor knows how much damage vengeance can do. He’s fine with seeking it when the right situation arises, but he’s beginning to see that it only brings sorrow when family’s involved. Victor may reflect on his own difficult experiences to help Devon. He might talk about how Nikki’s (Melody Thomas Scott) forgiveness gave them a fresh start and strengthened their relationship.

Maybe Victor will push Devon to do the same with Lily (Christel Khalil). There’s a good chance Devon will regret it if he takes her down. He expects Lily’s suffering to make him feel better, but that’s just not going to happen – at least not long-term.

Eventually, Devon may realize it’s a mistake to make Lily miserable. That’s not what Hilary would want and deep down, it’s not what Devon wants either. He just needs to find some better coping strategies. Unfortunately, Devon probably won’t be reaching that conclusion anytime soon. He’s still got some anger to work through, so Lily may have a rough road ahead.

Other Young and the Restless spoilers say Phyllis (Gina Tognoni) will open up to someone. She’ll spill a secret, so this may be about her hookup with Nick (Joshua Morrow) or perhaps her plans for Summer (Hunter King). Regardless, Phyllis’ confession could be dangerous. It’s a bad idea to spread shockers in Genoa City, even to trusted confidants!

Meanwhile, suspicions will swirl about Rey (Jordi Vilauso). Between Abby (Melissa Ordway) and the cover-up crew, there’ll be plenty of people keeping an eye on the newbie. Y&R fans can expect Sharon (Sharon Case) to be particularly wary. Victoria (Amelia Heinle), Phyllis and Nikki (Melody Thomas Scott) should share her concern. They’ll have to watch Rey closely if they want to keep the truth under wraps.

It sounds like trouble’s brewing for the girls’ night gang. Rey came to town on a mission for justice, so he’s not stopping until he learns what actually happened to J.T. (Thad Luckinbill). How long can Nikki and the others avoid exposure? We’ll give you updates as other Young and the Restless news comes in. Stick with Y&R and don’t forget to check CDL often for the latest Young and the Restless spoilers, updates and news.