The Young and the Restless Spoilers: Wednesday, June 20 – Victoria’s Secrets at Risk – Cane Fears Jack’s Threat – Victor Gets a Shock 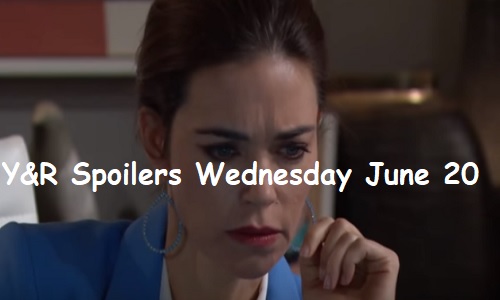 The Young and the Restless (Y&R) spoilers for Wednesday, June 20, tease that Victor (Eric Braeden) will get some startling news. What could possibly catch the great Victor Newman off guard? Perhaps it’ll be Nick (Joshua Morrow) and Sharon’s (Sharon Case) engagement. Sharon accepts Nick’s proposal in Tuesday’s episode, so they should be spreading the word soon.

Victor may be surprised that Nick’s digging his heels in like this. A “Shick” marriage might boost their custody chances, but it could also backfire. Sharon’s the reason Nick lost Christian (Jude and Ozzy McGuigen), so permanent ties could be risky.

Nevertheless, Nick loves Sharon and wants to make her his wife. He won’t let Victor stand in his way, but you can bet Vic will use this to his advantage somehow. Meanwhile, The Young and the Restless spoilers say Cane (Daniel Goddard) will be stunned by a request. This likely involves Jack (Peter Bergman) and his quest for Chancellor answers.

Jack’s hoping to find out if Phillip (Donnelly Rhodes) is his father, but he needs a little help to make that happen. Maybe Jack will seek some old records or possible DNA proof. Since Cane’s running Chancellor Industries, Jack might think he can pitch in on this. However, big trouble’s brewing. Cane will eventually view Jack as a threat to the company, so he’ll have to prepare for war.

At Newman Enterprises, Victoria (Amelia Heinle) will face a threat of her own. Y&R spoilers say an alarming email will leave her shaken. Victoria will open it, listen to an audio clip and fret about what’s next. A distorted voice will insist that her secrets are no longer safe, so Victoria will certainly fear the worst.

Afterward, some boxes will arrive with insider Newman info. This dirt will be similar to what J.T. (Thad Luckinbill) was digging up. Victoria will wonder if J.T.’s somehow still alive, but there’s probably a different explanation. Until Victoria can figure out what it is, she’ll remain unsettled and try to stay on guard.

Ashley (Eileen Davidson) will help Victoria out later this week, so at least some good teamwork will come out of all this. We’ll give you updates as other Young and the Restless details emerge. Stick with the Y&R and don’t forget to check CDL often for the latest Young and the Restless spoilers, updates, and news.