BY Heather Hughes on June 5, 2018 | Comments: one comment
Related : Soap Opera, Spoiler, Television, The Young and the Restless 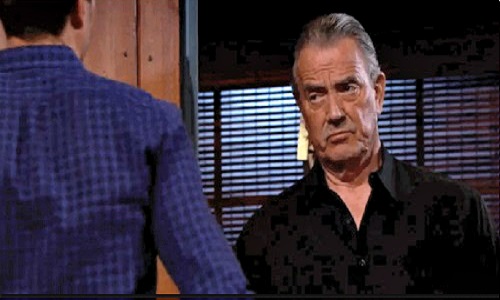 The Young and the Restless (Y&R) spoilers for Wednesday, June 6, tease that Nick (Joshua Morrow) will have news for Sharon (Sharon Case). He’ll note that Michael (Christian LeBlanc) will be representing Victor (Eric Braeden) in the custody case. Nick will need an attorney who’s just as capable in the courtroom.

When Mariah (Camryn Grimes) learns about Victor’s latest move, she’ll be stunned. Mariah just won’t see why the court would side against Christian’s (Jude and Ozzy McGuigen) dad. She’ll be even more shocked by Nick’s next revelation. He’ll admit that Adam (Justin Hartley) biological father, so things could get messy.

Meanwhile, Phyllis (Gina Tognoni) will fume over Summer’s (Hunter King) arrest. She’ll want to leave her daughter behind bars for the time being, but Billy (Jason Thompson) will push for answers. He’ll feel like Summer must have some sort of explanation.

In lockup, Summer will claim her ex-boyfriend gave her the car as a gift. She’ll tell the guard that there’s been a big mistake. After Phyllis and Billy bail her out, Summer will be on the hot seat. Nick and Sharon (Sharon Case) will join in as they seek the truth. 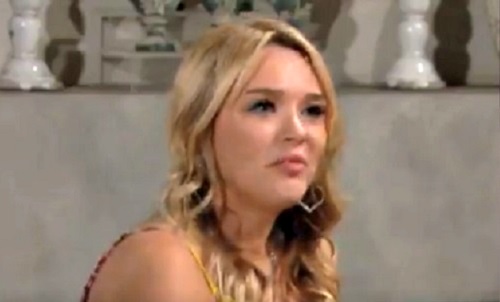 The Young and the Restless spoilers say Summer will talk about her romance with Pax. She’ll note that he got too clingy and she had to get away from him. Since Pax was married, Summer vowed to tell his wife everything if he didn’t let her go. She’ll guess that Pax’s wife got a clue anyway and reported the vehicle stolen.

Summer will get some dirty looks for sleeping with a married man. However, she’ll call everyone out on their hypocrisy. Summer didn’t do anything that her parents haven’t already done. Afterward, Nick will have more updates for Sharon at home. He’ll note that Brittany Hodges (Lauren Woodland) will be representing him in court.

Nick will feel like Brittany has a real shot at winning this case for him. However, there could be a major snag. Sharon will realize her past could come back to bite Nick in court. She won’t think Nick has a chance of winning if he’s in a relationship with her.

Other Y&R spoilers say Neil’s (Kristoff St. John) bid will win Chelsea’s (Melissa Claire Egan) old penthouse. He’ll be Hilary (Mishael Morgan) and Devon’s (Bryton James) new neighbor, so that’s sure to bring some tension. In fact, Neil and Devon will already be sparring on Wednesday. When Devon defends his decision to let Hilary move in, Neil will warn that she’s going to want more.

Elsewhere, Hilary will vent about the situation to Mariah. She’ll feel like Neil could blow all her plans. Once Hilary returns home, she’ll learn that she’ll be staying in the guest room. Hilary will grin and bear it, but it’s obvious she’d rather be in the master suite with Devon!