The Young and the Restless Spoilers: Wednesday, May 2 – Victoria’s Shocking Confession Plan – Sharon Slips Up with Paul

BY Heather Hughes on May 1, 2018 | Comments: 2 comments
Related : Soap Opera, Spoiler, Television, The Young and the Restless 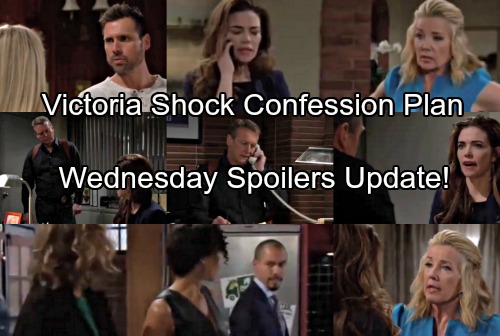 The Young and the Restless (Y&R) spoilers for Wednesday, May 2, tease that Hilary (Mishael Morgan) will share some troubling news. During a chat with Phyllis (Gina Tognoni), Hilary will mention Devon’s (Bryton James) plans. He’s asked her to do a show honoring Katherine (Jeanne Cooper) from the Chancellor Park flower garden.

Phyllis should get a bit nervous when she hears that. She’ll suggest a location change, but Hilary will note that Devon won’t budge. Talk will turn to Hilary’s lack of a baby, so she’ll plan to take care of that soon. Once Hilary goes on the air with Mariah (Camryn Grimes), the theme for the day will be secrets and lies. That’ll really rev up Hilary’s guilt, but she’ll set up an insemination appointment anyway. 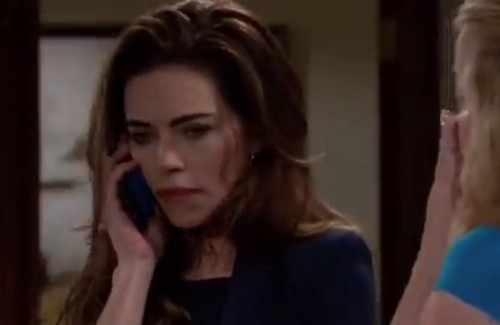 Meanwhile, Paul (Doug Davidson) will summon Victoria (Amelia Heinle) to the police station. He’ll want to have another conversation about J.T.’s (Thad Luckinbell) disappearance. The Young and the Restless spoilers say Paul will have some new evidence. He’ll point out that J.T.’s cell signal was traced to the area around Victoria’s house.

Victoria will suggest that maybe J.T. lost it outside, but Paul won’t think so. He’ll argue that it’d still be there. Victoria will admit that J.T. reached out to her that night, but she’ll note that she deleted the missed messages. Paul will also want to know why Victoria stayed silent about the abuse. He found Victoria in her car that evening, but she never mentioned J.T. hurting her. 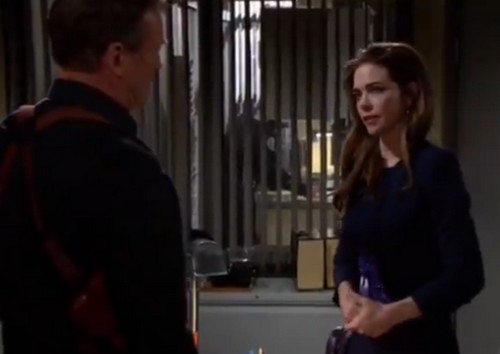 Y&R spoilers say Victoria will offer Reed (Tristan Lake Leabu) as an excuse. She’ll contend that she didn’t want word to get out for her son’s sake. Paul will finally urge Victoria to be straight with him. He’ll suspect that Victoria might’ve met up with J.T. to help him flee.

Victoria will turn things around on Paul and insist that he started this mess. Paul’s the one who brought J.T. home to take down Victor (Eric Braeden). The Young and the Restless spoilers state that Victoria will assure Paul she’s been honest. She’ll stomp off, so Paul will be left to ruminate. 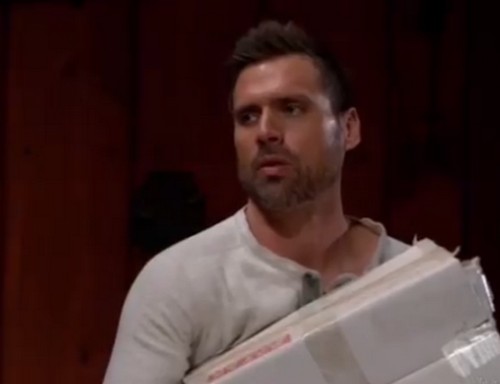 At Sharon’s (Sharon Case) place, Nick (Joshua Morrow) will accidentally catch her in only a bra and underwear. He’ll dash off to take a cold shower, but temptation will pop up once again. Sharon will fix a stray thread on Nick’s sweater, so that’ll lead to another close moment.

Afterward, Paul will call Sharon in for questioning and Nick will decide to tag along. Once they arrive at the police station, they’ll spot Nikki (Melody Thomas Scott) and Phyllis as well. Paul will interrogate each of them separately. Sharon will slip up when she mentions that Victoria’s phone was on, but she ignored it. The other ladies will insist it was off. 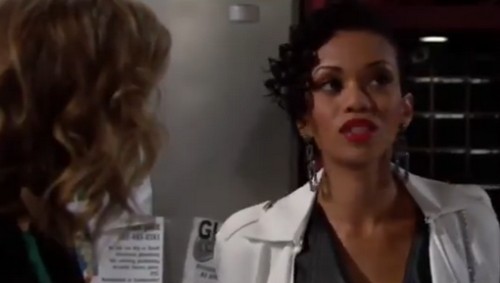 At the ranch, the rest of the cover-up crew will realize Sharon’s mistake. She’ll get chewed out, but she’ll think they can blame it on their drinking. There were bound to be some inconsistencies in their stories. The gang will consider shutting down the park and moving the body, but that plan sounds risky.

Victoria will have an alternate strategy in mind. In a moment alone with Nikki, Victoria will reveal that she intends to confess to killing J.T. You can bet Nikki will protest, so stay tuned for all the conflict. We’ll give you updates as other Y&R details emerge. Stick with the CBS soap and don’t forget to check CDL often for the latest Young and the Restless spoilers, updates, and news.