The Young and the Restless Spoilers: Week of January 29 – Chelsea Panics Over Adam Cash Shocker – Ashley and Victoria At War 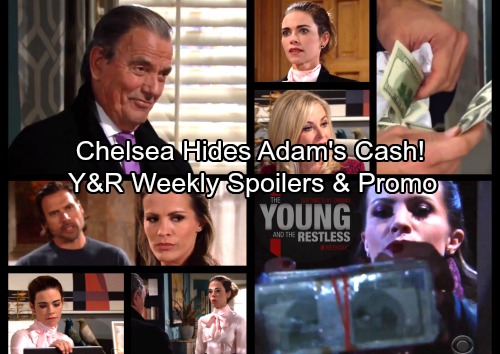 The Young and the Restless (Y&R) spoilers for the week of January 29-February 2 tease that Ashley (Eileen Davidson) will have some demands for Victor (Eric Braeden). She’ll play hardball during the negotiations process, but Victor will quickly cave in. In addition to Ashley’s newly created title, she’ll get a seat on the board and plenty of funding for development projects.

Ashley will also be in charge of the divisions of her choice. Naturally, one of them will be Brash and Sassy. The Young and the Restless spoilers say Victor will believe he can break it to Victoria (Amelia Heinle) gently. He’ll plan to put a positive spin on the situation, but Ashley will spoil that strategy.

When Victoria returns from a trip, she’ll be stunned to see Ashley at Newman. Ashley will reveal that she works there now. She’ll take great pleasure in dropping the Brash and Sassy bomb. Ashley will explain that she has the authority to make changes and they’re indeed coming.

The Young and the Restless spoilers say Victoria will rant at Victor for letting Ashley run the show. She’ll snap that Vic always pulls something like this. Victoria is certainly getting a good dose of soap karma! This is pretty much what she did to Abby (Melissa Ordway), so she really had it coming.

At the penthouse, Nick (Joshua Morrow) will find some secret stacks of cash. He’ll confront Chelsea (Melissa Claire Egan), but she’ll get defensive. Nick will push Chelsea to tell him what she’s hiding. She’ll think he’s suggesting that the money is stolen, but Nick will just want to understand. After finding $250,000 in the bathroom duct, Nick will think he deserves answers! 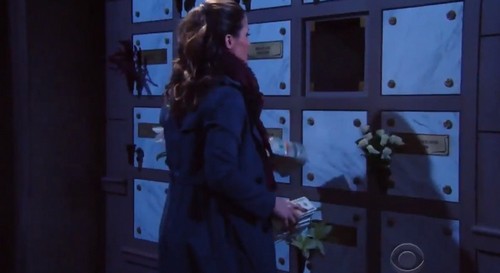 The money will obviously make Chelsea quite uncomfortable. She’ll end up putting some cash in a slot at the columbarium. This money is tied to Adam (Justin Hartley) and why doesn’t Chelsea want Nick in the loop? Y&R fans can expect more trust issues to surface thanks to Chelsea’s secrets.

It looks like the action’s going to heat up this week. We’ll give you updates as other news comes in. Stay tuned to Y&R and don’t forget to check CDL often for the latest Young and the Restless spoilers, updates and news.