The Young and the Restless Spoilers: Week of July 9-13 – Vicious Showdowns, Big Dreams and Thwarted Plans

BY Heather Hughes on July 7, 2018 | Comments: one comment
Related : Soap Opera, Spoiler, Television, The Young and the Restless 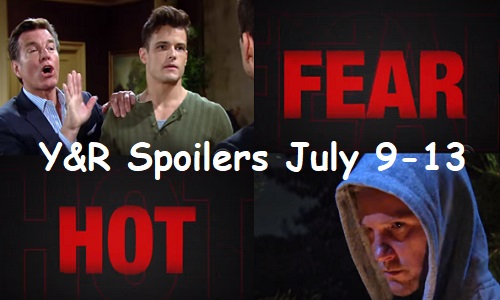 The Young and the Restless (Y&R) spoilers for the week of July 9-13 tease that several Genoa City residents will be in tight spots. For starters, Kyle’s (Michael Mealor) gravedigging adventure will come to a screeching halt. Someone will call the cops, so sirens and flashing lights will greet him in the cemetery. Kyle will roll his eyes as he realizes he’s probably about to spend the night in jail.

Hurricane Jill (Jess Walton) will blow back into town soon after. She’ll be ready to rumble over Phillip’s (Donnelly Rhodes) grave being disturbed. Jack (Peter Bergman) will know Kyle’s move was a bit drastic, but he may defend his son. Perhaps Jack will argue that Jill’s to blame for blocking his exhumation attempts. All Jack wants is a little DNA to prove he’s a Chancellor!

Meanwhile, it seems Summer (Hunter King) will do something stupid. What a shocker, right? Summer’s the queen of dumb, impulsive moves. Unfortunately, she’s been rubbing off on Billy (Jason Thompson) lately as well. The Young and the Restless spoilers say Billy will cover Summer’s blunder, so these two are establishing a dangerous pattern of secret-keeping. 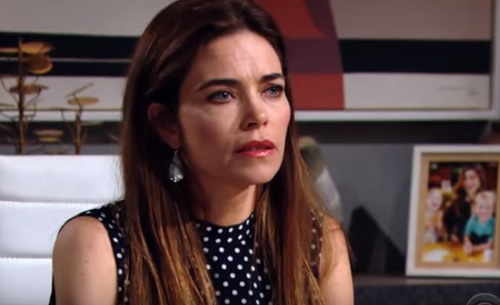 Elsewhere, Nikki (Melody Thomas Scott) and Sharon (Sharon Case) will mull over their J.T. (Thad Luckinbill) sighting. As Nikki paces around, she’ll argue that J.T. really is alive. Nikki will wonder what they’re going to do. She’ll undoubtedly fear that J.T.’s revenge could turn deadly.

Sharon will also have serious concerns, but she’ll think they have to keep cool heads. They can’t make mistakes and give J.T. the upper hand. Victoria (Amelia Heinle) and Phyllis (Gina Tognoni) will eventually get updates, so this cover-up crew crisis will definitely spark conflict. There’s no way these ladies will agree on how to tackle the drama.

On a lighter note, Sharon and Nick (Joshua Morrow) will talk about their future this week. Y&R spoilers say they’ll continue to plan their wedding and prepare for true happiness. Nick will think they just have to get Christian (Jude and Ozzy McGuigen) back and all will be right in their little world. Sadly, the J.T. chaos could bring some unexpected curveballs.

Other Young and the Restless spoilers state that Victor (Eric Braeden) will get a surprising message. Will it be from J.T.? Regardless, Victor will sense that a major showdown’s brewing. He’ll have to be prepared for anything by the time Friday rolls around.

Finally, love could be in the air for Neil (Kristoff St. John) and Ashley (Eileen Davidson) soon. He’ll do his best to rev up the romance, so maybe Ashley will be receptive. We’ll keep you posted as other Y&R news comes in. Stay tuned to the CBS soap and don’t forget to check CDL often for the latest Young and the Restless spoilers, updates, and news.