The Young and the Restless Spoilers: Week of May 28 – Hilary’s Pregnancy News – Nikki and Abby Face Off – Victoria’s Blindsided

BY Heather Hughes on May 25, 2018 | Comments: 2 comments
Related : Soap Opera, Spoiler, Television, The Young and the Restless 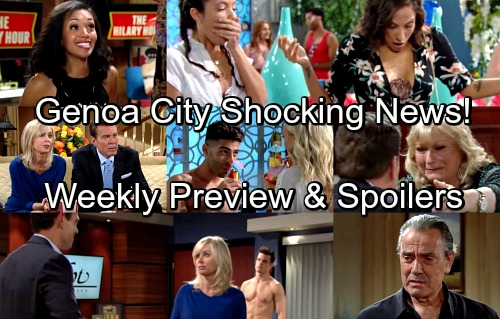 The Young and the Restless (Y&R) spoilers for the week of May 28-June 1 tease that we’ll see some hot moments and huge announcements. First, let’s talk about Abby (Melissa Ordway) and Arturo’s (Jason Canela) budding romance. Things are quickly picking up steam and Nikki (Melody Thomas Scott) will notice!

When she spots a kiss between her stepdaughter and her former boy toy, Nikki won’t be happy. She’ll decide to confront Abby about her new love connection. Nikki will think Abby needs to steer clear of Arturo and stop all the smooching. The Young and the Restless spoilers say Abby won’t see what the big deal is. She’ll wonder why Nikki’s got such a beef over her potential new relationship. 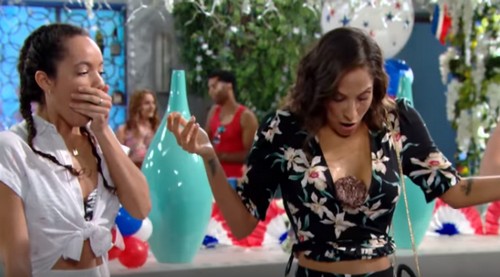 Y&R fans can expect a frustrated Nikki to blurt out the truth. She’ll explain her fling with Arturo, so that’ll definitely shift Abby’s view of the situation. However, it’s doubtful Abby will cave to Nikki’s pressure. Abby likes Arturo, so she has a right to pursue him.

Other Young and the Restless spoilers say Kyle (Michael Mealor) will make quite a splash. On The Hilary Hour, Kyle will show off his birthday suit. He’ll test some Jabot body products in the pool and prove they hold up in water. The crowd will be stunned over Kyle’s nakedness, but is this a mistake or a publicity stunt? Regardless, it’s certainly one way to get people talking! 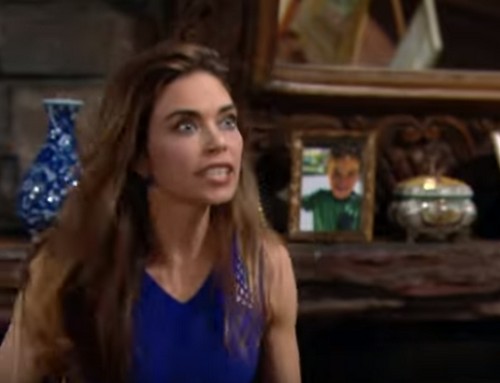 Hilary (Mishael Morgan) will also flip a burger on Lily (Christel Khalil) at the Memorial Day party. Lily won’t be happy about it, but she’ll manage to control her anger. In fact, Lily will seemingly make peace with Devon (Bryton James) and Hilary starting up again. She’ll urge Hilary not to hurt Devon this time, so that’s a roundabout way of saying she won’t fight it.

Plus, Hilary will tell Phyllis (Gina Tognoni) she’s pregnant this week. It’s exciting news, but Hilary will seek comfort from Mariah (Camryn Grimes) as well. Will she suddenly lose the baby or could she simply be worried about the future? Whatever the case, Hilary will bring plenty of drama to Devon’s life!

Finally, Victoria (Amelia Heinle) will be blindsided by Victor’s (Eric Braeden) move. He’ll give Nick (Joshua Morrow) the COO position and stir up loads of family conflict. We’ll give you updates as other Y&R details emerge. Stay tuned to the CBS soap and don’t forget to check CDL often for the latest Young and the Restless spoilers, updates, and news.