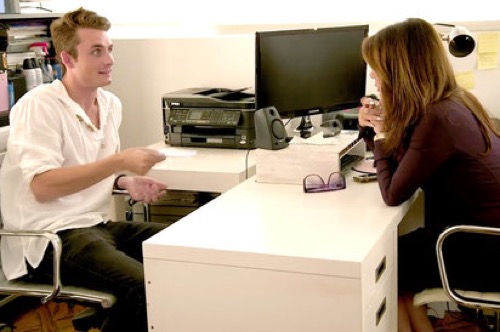 Tonight on Bravo Vanderpump Rules returns with an all-new Monday, January 15, 2018, season 6 episode 6 called, “See You Next Tuesday” and we have your weekly Vanderpump Rules recap below. On tonight’s Vanderpump Rules season 6 episode 6, as per the Bravo TV synopsis, “Ariana’s role in releasing Jax’s audio recording leads to a fight with Sandoval that threatens their relationship. Scheana and Katie agree to stay out of each other’s relationships. At SUR, James hustles to make sure his first DJ event is a success, Lisa marvels at Brittany’s dedication to Jax, and Lala bonds with Billie, the restaurant’s new hostess.”

This thing between Jax and Faith has become a never-ending saga on tonight’s all-new episode of “Vanderpump Rules”.

Faith it seems had made a recording of her and Jax one night after they had sex and the video was bad. In it, Jax could be heard saying he didn’t love Brittany anymore and that he was no longer sexually attracted to her though that wasn’t even the worse of it. Jax had also said that he didn’t want to get married, he didn’t want kids, and that Faith was the best sex he ever had. So the video shattered all of Brittany’s dreams of the future and this time she said she’s done. She kept wanting to believe that Jax was telling her the truth about his affair with Faith and unfortunately he ended lying to both women.

Jax had told both Faith and Brittany that he wanted to be with them and so they finally realized that he had been stringing the both of them along. But Brittany wasn’t happy with just ending her relationship with Jax. She had wanted the whole party to hear the video as well and so she went back to the apartment to tell them what happened. Brittany said that there was a video they should all hear and that Faith had recorded it so Jax knew right away that he was in trouble, He tried to talk to Brittany and that was a no go. She hadn’t wanted to be around him and so his friends took him out of the apartment before Brittany played the video.

Because Brittany truly did play the video. She had quietened the whole room and had put that video on blast. So everyone heard what Jax said about his girlfriend and again the girls took her side because they saw how hurt she was while the guys, for the most part, took Jax’s side. Jax and his friends went back to Schwartz and Katie’s place and the guys were all trying to talk him down. He had gotten pissed about there being a video and that Brittany had played it for everyone. So Jax was angry that he had been embarrassed in front of everyone and not for one moment did it occur to him to think about Brittany’s side.

Jax had gone to his friend’s apartment knowing that his relationship with Brittany was over and so the only thing he had wanted to know was who was responsible for that video getting out. He knew that someone must have either sent it or played it for Brittany and so James told him. James had stayed behind at the party and he had heard everything yet telling the guys that it had been both Lala and Ariana hadn’t been the best of his ideas. He sort of stirred the pot and that got everyone really mad at Lala and especially Ariana. Ariana was dating Tom and Tom felt like his girlfriend should have at least waited until they were all sober to tell Brittany about that video.

However, Ariana didn’t appreciate Tom chastising her as if she was a child. She said maybe she shouldn’t have told Brittany and maybe she was right to do so, but she made the decision in the moment and so what happened hadn’t all been on her. Ariana said that the recording had been on Lala’s phone and that the fact Jax had said all those things hadn’t been her fault. She had asked her friend if she wanted to hear a video that could hurt her and Brittany had said “yes”. So Ariana told Tom that sometimes she wishes he could see things from her side for once rather than merely stay mad at her because Tom does this thing that she hates when he gets that mad.

Tom likes to tell Ariana what he would have done if he had been in her place and he uses that to tell Ariana how much she screwed up. So Ariana and Tom got into a fight of their own the next day. They had said the same things they were saying the night before and both were getting emotional only that time they both got a few things off their chests. Ariana told Tom how she hates it when he makes it out like he disappointed in her and Tom said that he would lay off if Ariana finally took responsibility for something. He said she’s never apologized for anything she’s done wrong and that he wouldn’t have to keep getting upset if she acknowledges what she did. And so the two remained at odds even as Brittany and Jax had come to some sort of agreement.

Jax had returned to the apartment angry at Brittany for embarrassing him and so he had wanted to discuss that more than what he actually said in the recording, but Brittany didn’t let him off easy. She told him that she was drunk and that she had been hurt so she had wanted him to acknowledge how much he hurt her. Except he never did that! Jax refused to talk about what he said in the video and instead chose to move his stuff to another room. He literally had all of his things in one room and just never left the apartment or bothered to apologize to his girlfriend because he much rather plays games with her.

Jax never left the apartment when she was there which made their situation awkward at home and then he later turned up at SUR on her night to work. So several people including Lisa asked Jax why he was there and he claimed that he wanted to be there for James. James was finally having his newly named “See You Next Tuesday” and it had been an important event for James because he was trying to redeem himself to Lisa yet Lisa knew that, while the night was a success, Jax had really come to get under Brittany’s skin. He couldn’t give her even a moment to think without him there and Lisa called him out on it.

Lisa asked Jax if he took responsibility for what he did and he never really answered her because he hadn’t taken responsibility for it. He had simply been waiting around until Brittany forgot about it because he eventually remembered that’s what she did the last time and despite Brittany announcing that her relationship was finally over – she still hadn’t said those words to Jax. She said them to her friends and her friends had all told her that now was the time for her to leave because there was never going to be a moment she could fully trust Jax again. And so her friends were seeing the situation a little more black and white than Brittany was.

Brittany believed in being with one person her whole life and she kept wanting that one person to be Jax. Yet, Jax didn’t seem to care. He stuck around until Brittany told him that she was willing to forgive him and that he should never hurt her like that again, however, Jax would later say in his confessional that he didn’t just cheat to cheat. He said the relationship takes two to ruin and that Brittany should acknowledge what she did to make him cheat.