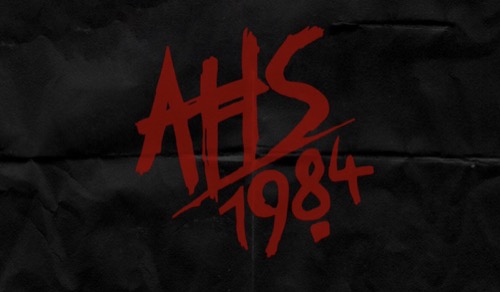 The camp has a long history. One that predates the serial killers and was there back when the camp was wholesome. For instance, did you know Camp Redwood was once known as Camp Golden Star? Things were going pretty great back then until one day in 1948 a boy was killed. Bobby died because he went swimming when the lifeguard wasn’t there and a boat road over him. It was Bobby’s death that seems to have triggered the curse. His mother had blamed everyone there at the camp and she wanted them all to pay.

She might have been a witch for all they knew because the camp has been paying ever since. No one that dies there can ever leave and yet they weren’t really dead either. The ghosts there can still move around. They can be seen by living people and they can harm living people. The camp was purgatory. It gives the ghosts a window into the living and then reminds them that their dead if they ever try to leave. Its why so many of them have turned homicidal. Montana and Xavier got back together in death just so that they could kill people together.

Its been a few years now since they’ve died. So, they were all looking for a change when Margaret got the bright idea to host a concert at the camp and have willing victims to walk right into the ghosts’ arms. They were excited about this concert. They wanted to kill people and they were really looking forward to getting Margaret. She killed most of the people there. She was a notorious serial killer and the world didn’t know it. The real world all thought she was a property mogul. They envied her lifestyle and her money.

While people like Brooke, they try to kill. Brooke was executed by the state and she only survived it because of Donna. Donna switched out the toxic chemicals into something less toxic. What this means for Brooke is that she didn’t die and that she, however, has to go through detox. Donna was surprisingly helpful during this time. She kept an eye on Brooke and she treated Brooke to a roller rink once Brooke had recovered. The two of them got to enjoy the last of the 80s. Brooke spent most of the decade either traumatized or jailed so this was the first time she just got to enjoy herself.

Brooke was still a young woman. She finally got her life back and then out of nowhere some loser tried to attach himself to her and Donna. The two were having problems with their car so this guy named Bruce offered to help them. He then wanted a ride to his supposed girlfriend’s place and at first, the girls agreed. They didn’t know he was another serial killer until he tried scaring them. They pulled over to kick him out of the car and luckily for them that’s when a cop car came by to check on them.

The cop wanted to know if they were okay. He even noticed the guy in the backseat so he asked them if they all knew each other and Donna said they had just given the guy lift when they changed their mind. Well, the cop was reprimanding them for taking in a hitchhiker what with four women going missing and so that’s when Bruce shot the cop. He got out of the car to get a better shot so the women drove off and left him. Bruce was now stranded with an injured police officer. The ladies meanwhile were now driving for their lives.

Only, before this all went down with Bruce, they did discuss going back to the camp for the concert. Brooke wanted to confront Margaret and Donna was doing her best to talk her out of it. Donna had seen what the devil could do when he resurrected the Night Stalker. She was now trying to turn her life around and she didn’t think Brooke should lower herself either. They could both have a fresh start. They could be people again and move on. Its what Donna wanted and she ultimately could get Brooke to feel the same. And that wasn’t going to happen.

Brooke wanted to return to Camp Redwood. She felt like she had to and she wasn’t alone in believing she had to return to the place where it all began. Mr. Jingles went back. He went back because he wanted to kill the Night Stalker and while he was there he ran into people he killed. They wanted to kill him for that. They didn’t because they had a plan in motion. The ghosts were waiting for the concert to slaughter everyone there because they knew it would bring in the paranormal investigators and the like and that maybe they can finally be released from death.

The ghosts were going to hold onto Mr. Jingles until then. Though while he was there, he asked them what death was like and if they felt a difference. They were dead so they were honest. They felt an emptiness and a rage. Some of it directed at him and some directed at Margaret. They also added how they weren’t necessarily safe now that they’re dead. They were being pursued by another ghost at the camp. They called her the Woman in White. They didn’t know who she was and surprisingly Mr. Jingles did.

Mr. Jingles said the woman was his mother. She used to work at the camp back in 1948 and she lost her mind after her favorite child was killed in a boating accident. She also committed the first atrocity at the camp. She killed the counselors she blamed for her son’s death and she tried to kill her son as well. Mr. Jingles was forced to kill his own mother to save himself. He’s never forgotten so he asked the ghosts if he go speak to his mom and they allowed it. They had heard his full story and he wasn’t just Mr. Jingles to them anymore. He was Benjamin.

Jingles got to see his mother. She was still crazy and she still hated him for not watching his brother properly. The woman was so out of her mind that she confessed to everything. She told him how she saw him with Margaret. She saw how happy he was and wanted to ruin it. She whispered into Margaret’s ear what she should do and how Margaret followed it to the letter. Margaret created the second massacre at the camp. She also blamed Jingles for it so he went away and was caught off from life.

Jingles didn’t know what to do himself afterward. He knew his mother hated him just not the extent of it until she said what she did to Margaret. Jingles had wanted to leave after that. He couldn’t because he wanted to kill Ramirez and funnily enough it had been his mother who gave him the idea on how best to fight the devil. Maybe it was hearing about her grandson that did it, but she told him that he had to kill himself at the camp and stop the Night Stalker from giving the devil his due.

Jingles did just that and he came back alive and ready for the Night Stalker.

Brooke and Donna meanwhile had another run-in with Bruce and this time they maimed him before going to the concert.

And so the whole band was getting back together at Camp Redwood.