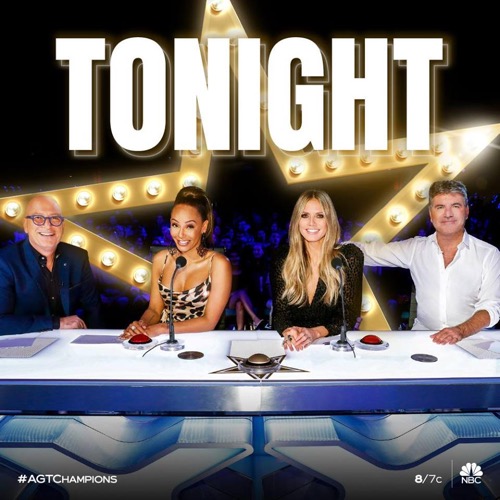 Tonight on NBC America’s Got Talent begins with an all-new Monday, January 21, 2019, episode and we have your America’s Got Talent recap below! On tonight’s AGT season 14 episode 3 “The Champions Three″, as per the NBC synopsis, “The competition continues with 10 acts from “AGT” and “Got Talent” competitions around the globe. Two of these renowned acts will move on to the finals, one will receive a Golden Buzzer, and one will be voted through by a panel of “AGT” Superfans.”

Ten of the best acts from “Got Talent” shows around the world finally faced off in the toughest talent battle of all time.

Only two will go through to the finales but one will go through with the Golden Buzzer and that fell under Howie’s control for the night. He got to choose one special act to honor and so he was really holding out for someone to wow him. Howie and the other three judges were first shown an act with AJ. AJ was six and he was coming from South Africa’s Got Talent. He had won his season with his killer DJ skills and was, in fact, the world’s youngest DJ because of his past career. AJ was back now to defend his title and he really got the ball rolling. He created a lively atmosphere with his music and was just so cute that it was hard to say “no” to that face much less not vote for that face. And so getting voting everyone!

The next act was magical. Darcy Oake had taken on Britain’s Got Talent and according to Simon, he should have won his season. He was an incredible magician and he’s come a long way from his cruise days. Darcy has made a name for himself and he wowed the rest of the judges with his act tonight. He decided to go back to the basics for this act and had two of the judges assist him. Darcy had had Heidi floating mid-air with no wires or anything and everyone had been left stunned. They all couldn’t see how it was done and so they had been impressed with Darcy’s talents, but Simon who knows Darcy and loves Darcy had been critical. He said that he had been wowed by what he saw only he also noticed that it was lacking in showmanship.

The judges were looking for people who’ve raised the bar since they won or came close to winning. Therefore, everyone knew that they had to up their act. Angelica Hale was next and she was an incredible singer. She was pint-sized and still adorable but she knew that she missed out on winning by not taking the chances she should have and that’s why she came back tonight with her very own “Fight Song”. Angelica sang the hell out of her song and most of the judges had appreciated what she did, but Mel Be was a rare one. She thought there was more than Angelica could have done and had said as much. No one else agreed with Mel’s perspective and her comments actually pushed Howie to press the Golden Buzzard for Angelica Hale.

The next act was Tom Cotter. He was a comic and had been the first comic to truly make it far in America’s Got Talent. Tom was funny and he an onstage personality. Once he got going, he wouldn’t slow down and there was never a lull with him. He showed that again tonight and the judges had all approved. They liked Tom. He was funny, he was confident, and it didn’t matter if one joke failed because there was always going to be a next joke just ready and waiting. The judges loved Tom and they would normally have pushed him ahead in the competition if this had been a regular season. Only it wasn’t a regular season. The audience watching at home got to decide if Tom will advance and so he could be one of tonight’s tossups.

Another someone that took a big chance was Prince Poppycock. His real name was John and John was filled with self-doubt and was never sure if he was enough, but then he’d put on his face and become Prince Poppycock. The prince was confident and a force to be reckoned with. Prince Poppycock was technically a singer who throws in opera mixed with a little pop and at the same time, he was funny. He was in these outrageous outfits and doing routines with backup dancers and special effects. The prince was a showman! He proved that with every performance and so there were superfans out there willing to vote for his outlandish form of entertainment. And while Prince Poppycock has made it very far in the competition before, who could say if he’ll do it again this year.

The next act was known for their biggest mistake. The couple called the Comedy Daredevil had taken things a little too far on their season of America’s Got Talent when Amberlynn shot Ryan Stock with an arrow that was on fire and it made the mistake of actually hitting the man she loves. Ryan could have died from the incident and so the judges had to suspend their comments while he was seen by a doctor. But since that incident, the couple has never done that trick and so they wanted to shock everyone by attempting to do it again for tonight. They wanted to prove that they could do it and they did. They got their trick right and all it did was mentally scar everybody that was watching.

The next act helped heal the audience. Samuel  J. Comroe was a stand-up comedian and when he first appeared on America’s Got Talent used his Tourette syndrome to create his own brand of humor. He was funny and he had a certain swagger onstage. The judges had loved him when they first saw him and they had been glad to see that he came back. He hadn’t won his season last time, but he wanted to change that this time and his set for tonight definitely gave him the boost he needed. Samuel had everyone laughing and they had been glad to hear that since the show he’s been booked out for the next two years. And so he doesn’t really need to win this one, except it would be nice if he does.

Paul Potts won his season on Britain’s Got Talent. He was an amazing singer and he’s been touring since he won the first ever season of his Got Talent show. Paul even sang for the Queen and has created several albums. So you would think he wasn’t shy anymore, but you’d be wrong. He still gets nervous and was jittery before he sung tonight. His nerves never stopped him from singing beautifully before and thankfully that was still true as well. Paul managed to get several people to appreciate opera as they never had before and he did it, witch, such grace and style that it was clear that his time away from the show has only made him a stronger competitor. He truly was someone to beat!

Another act that was quite inspiring was Jon Dorenbos. He was a magician on America’s Got Talent and unfortunately, he didn’t win his season, but he thought he could go back to his football career and it turns out he couldn’t. He had problems with his heart and, not long after his physical, he was having open-heart surgery. John’s football career was over after his surgery and he could have let it beat him but he didn’t. He instead worked on his showmanship and his rare talent. John came back this year having learned a few lessons and he gave it one of his best performances tonight. The judges had loved him and they said that he was so inspiring that he deserved to be here with everyone.

Then came time for the last act of the night. The last act was another death-defying duo. It was Billy and Emily England. They were a brother and sister duo who hadn’t made it as far as they would have liked on their season of America’s Got Talent but Simon admitted that quite a few people came up to him and said that they were surprised when the duo hadn’t one. Their act had everything from an element of danger to theatrics. It was a great show and the duo are very talented as they showed once again tonight. They took their act up a level and it had been enjoyable for everyone watching. And so it was time to get down to the results of tonight’s incredible voting efforts across America.

And so Angelica was joined by Paul Potts going into the finals of champions.