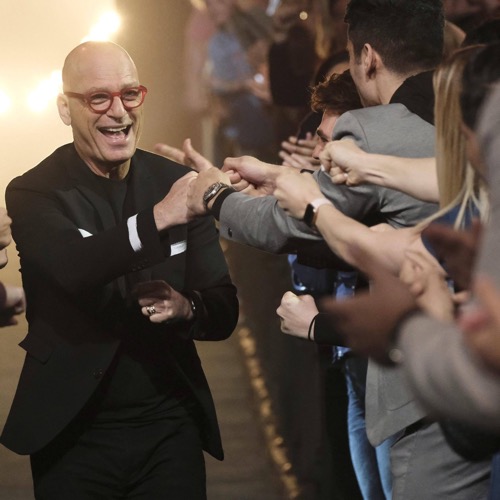 Tonight on NBC America’s Got Talent begins with an all-new Tuesday, June 18, 2019, episode and we have your America’s Got Talent recap below! On tonight’s AGT season 14 episode 4 “Auditions 4″, as per the NBC synopsis, “Auditions continue as variety acts of all types and contestants of all ages audition for the chance to win the $1 million prize; the Golden Buzzer is still in play for two more lucky acts to go directly to the live shows.”

America’s Got Talent has seen many of the usual couples and Melissa was perhaps the first to ever bring out a rat. Her rat’s name was Hanta. Like the virus. She was a new companion for Melissa and so Melissa explained how she’s had pet rats since she was a kid. Melissa grew up comfortable around them and later when she began performing she asked herself why not involve the rats. There were now several rats she works within her act she calls “Cirque Du Sewer” and it was pretty interesting. These rats could perform certain feats. It wasn’t for everyone, but the rats could be coached, and they showed talented they could be. It was actually a rare sight to watch them in action and so the judges couldn’t help seeing the charm. They liked seeing the rats interact with Melissa and they wished her best of the luck after they gave her an overwhelming “yes”.

Then there were a couple of singers that came on afterward and they all sounded okay, but they didn’t wow Simon who was considered the music expert and so he was looking for someone in particular. This judge was honest, sometimes brutally so. Simon liked to say certain people belong in groups because the group itself could carry them and rarely was there someone who could be a solo artist. Ansley Burns believed she could hold a stage on her own and she tried to do so with an upbeat Aretha Franklin song. There was just one problem though and that’s was the background music. It drowned out Ansley and so Simon called a halt to the music. He and his fellow judges weren’t hearing the little girl. They needed to turn off the track and they asked Ansley to sing the song like it was an acapella.

Ansley surprised everyone when she proved that she could command that stage with her voice and her presence. That was when showed she was a true artist. Ansley received a standing ovation from the crowd and the judges because she didn’t crack under pressure when she lost her track music, but she won their respect when she proved all she needed was her voice alone. There weren’t many like Ansley that could think quick on their feet and yet Sos wanted to give it a try. Sos was a magician. His parents were on the show back during Season 11 and they were the couple that changed their clothes really fast. It turns out those parents taught their kids magic because they were on the road a lot and so Sos considered his magic to be his close friend. And, boy, did he show that friend off tonight.

Sos was amazing with card magic and he quickly impressed the judges with his skill. They even told him not to hesitate next time when someone asks him what he does. He was a real magician and the judges couldn’t wait to see more of him. Sos received all four yesses from the judge and may he carry on the family tradition of making it into the live shows. Sos was later followed by another musician named Marcin. Marcin hails from Poland and he was soon going to move to the states for college. He was very excited and he couldn’t wait to show off his musical skill. He wasn’t a singer like most of the musicians there and so it would be more accurate to call him a guitarist. There were just things he could do on that guitar that didn’t seem humanly possible. There were also a bunch of people that tried to do the same and they all failed because they weren’t Marcin.

Marcin also received a rare standing ovation for his performance. Everyone had been blown away and they all believed that Marcin would be teaching his professors before long. So, of course, he got all four yesses. Marcin was very talented and he was a hard act to follow, but Andy did give it a try. He was a karaoke artist. Andy brought out the machine and he played a song that he barely sang to because it had been humorous more than anything else. It was a comedic actor and he eventually won over the judges once they saw it for what it was. They said it was so stupid that it was stupidly good. Andy even stayed in character long after the song was finished and so you couldn’t even tell what he was feeling when he found out he was going to Round 2. Andy was a unique character, and many tried to be as entertaining and many failed.

There were several failures between Andy and the robot Samurais. ADEM show didn’t even introduce themselves first. They just went straight into their act and dance. They showed off amazing skills and they left the audience appreciating them as well as feel aches and pains that weren’t there. They were true Samurais the whole way through and they won all four yesses for themselves. But they didn’t quite touch the audience hearts like the Voices of Service. The Voices of Service singing group consisted of men and women that have served in the military and were using musical therapy as a way to deal with PTSD. PTSD is a serious illness with our soldiers returning from combat and so this musical group’s message affected everyone.

The group sang “Rise” by Katy Perry and them actually really good. Everyone was willing to root them long before they came up with their first note and so to be rewarded like by sheer talent was the real triumph of the night. Gabrielle Union got up after the first note and she continued to give them a standing ovation all the way to the end. She was their biggest champion and the others joined in at the end. They all loved this group’s message and they appreciative of their talent. The Voices of Service received all four yesses and they will be progressing into the next round. The judges went on to hear a flutist that didn’t have enough wow power on the stage and so Brandon was hoping to be different. He was also playing the flute, but he brought in a strip show as well and so quite a lot of people were enjoying it.

Simon didn’t of course because he pressed the reject button and then got out of there as soon as possible, but it had been a very accommodating show before it was abruptly called to an end. Terry had even joined it and so if it could have lasted just a little bit longer. Then there would have been the happiest crowd on earth. Luckily, the next contestant was interesting. Sonya FitzPatrick was a pet psychic and, while she was later reject rejected by the judges, she did get the chance to embarrass Julianne. Then there was the Dominguez Poodle Review which was a family/dog act and they were so cute that it was hard to say no to them. Especially to the little girl in the poodle costume. She was just adorable and so, of course, the judges loved this act. They gave them all four yesses and hoped this family will win because they would use the prize money to buy a house that could accommodate all those dogs.

There were also singing/dance groups that tried out in chicken costumes but they were too painful to watch and so the judges rejected from the start and they also rejected an acapella group that showed little character. Then there was We Are Berym. They were a beatboxing group from France and they quickly won over the crowd. The crowd took direction and clapped when they were supposed to and also shouted when they were supposed to. It was a real cooperation piece and the judges came to love it. They respected how the group could change tempo multiple times and that they showed variety. So the judges loved them. They gave this group a rare four yesses and they just know they’ll be seeing them at the end.

Up next was the Detroit Youth Choir. The children have come from such tough situations and yet they each have excellent grades and showed wonderful amount of talent. They were also fortunate because Simon has a soft spot for choirs. He’s always wanted one of them to win and this group had everything. They could sing, they could rap, and they had choreography. They were a triple threat and the judges let them know it.

And so Terry didn’t let the judges speak. He said every boy and girl onstage reminded him of where he came from and so he gave them the Golden Buzzer.