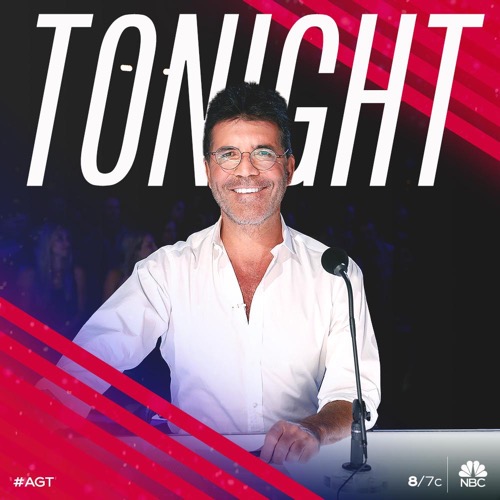 Tonight on NBC America’s Got Talent begins with an all-new Wednesday, September 10, 2019, episode and we have your America’s Got Talent recap below! On tonight’s AGT season 14 episode 19 “Semifinals 2″, as per the NBC synopsis, “Semifinalists perform at Dolby Theater in Los Angeles for a chance to win $1 million and be named the most talented act in America.”

The Finals were in a week! Five out of eleven acts were going through to the final round. The performances tonight were created with that thought in mind and so let’s see what everyone has been hiding. The first act was V. Unbeatable. It was a dance group and consisted of guys from Asia. The group was also friends. You can see that in the risky moves that just defied gravity and which wouldn’t have been possible if there wasn’t a level of trust. And so it was great to see it all come together in their number tonight.

Voting also opened right afterward. If America liked V. Unbeatable or any act for that matter, they had to vote and they had to start doing so from now. They couldn’t wait at the end of the night because who knows what could happen between now and then. So it’s just best to get it over with. Another person America needed to vote for was Dom Chambers. The magician had taken everyone by surprise with his last performance and so everyone wanted to see if he would one-up himself.

Dom started his act by introducing beer. He reminded the audience that his first act on the show had also involved beer and so tonight was a tribute to that performance. Dom wanted to prove that he could do more magic than before. He pulled out a large vat of beer and he brought out Teri to confirm that the beer was real. That it wasn’t some illusion. Dom proved the beer was what he said it was and then he made the large vat disappear in front of their eyes.

Dom brought personality, scale, and a sense of fun to his act. The judges loved Dom because he was as far from boring as it gets. Dom wasn’t like the other magicians that failed to impress the crowd and he even won over tonight’s guest judge. Queen Latifah was truly a queen. She’s done it all and she knew what a good performance looked like. And it turns out it looked a lot like V. Unbeatable and Dom Chambers.

The next act was Luke Islam. He was Julianne’s Golden Buzzer and she saw something in him that just told her he was worth it. Luke was someone that dreamt about being on Broadway. He didn’t just want to be a singer, he wanted to be a performer. He wanted the lights and the applause and the admiration that he believed came with a career on Broadway. Its why tonight he sang a song that inspired him. He chose the song “Never Enough” from “the Greatest Showman” soundtrack.

Luke inspired the audience with his choice. Julianne was still proud to have given him the Golden Buzzer and she asked America to vote because she felt they needed Luke in the finals, and the other judges thought the same. They all felt it when Luke sang. He connected with the song as if it was written for him and that’s what people will remember. They also needed to vote before that memory is gone.

Lukas and his dog Falco went next. This dog act had won over hearts in the beginning and then, unfortunately, such love petered out because many weren’t sure where Lukas could go with the act. His dog Falco hadn’t learned any new tricks. He is simply done the old ones with new music and new choreography from Lukas himself. The act was actually voted off when people began questioning it and so it won its chance at coming back for tonight.

The act was changed up this time. Both man and dog added more to the routine and the dog gave Simon a handshake at the end of it. It was cute and yet someone found fault. Howie didn’t like the act. He panned it last time and he did so again tonight. He didn’t the act could go anywhere and he went to war with Simon over it. Simon loves dog acts because he loves dogs. He was willing to overlook the flaws from tonight because it was a dog act, so why couldn’t Howie?

When the dogs weren’t fighting about what is and isn’t talent, they were listening to the soulful tones from Chris Klafford. The young man from Sweden was a singer. He quickly won over the judges with his talent and the only time they questioned him was when he sang an original song. The song was something he wrote in honor of his grandmother. It came from deep down and so Chris didn’t understand why Simon said the song didn’t resonate.

The song had been about loss. So, Chris did pout his heart into it and he wanted to prove he was capable of doing so again. This time he chose a song that was a little less recognizable than other songs. The song was another heartfelt one and Chris brought in backup singers as well. It all made for a great performance. The ladies on the judges’ panel had said as much and so the detractors here were the guys. Both Simon and Howie hadn’t cared for the song.

Detroit Youth Choir was the next act. These kids dedicated their performance to their director who was often the male role model in their lives and who taught them to believe themselves. Which came as a surprise for Mr. White. He didn’t know anything about it until he was watching their tribute video to him and then he had tears in his eyes because of how much they loved and respected him.

The kids loved their director and their director loved them. They were all still crying as they performed tonight and this time they shook up their judges. Everyone was in tears with watching that tribute video but seeing them all together again was what clinched it. This choir was a family and it was just too beautiful to pass up. The judges were rooting for this group and so were the audiences watching.

Alex Dowis was the next act. He was an artist and he liked created art in the dark. He had lost some of his eyesight early on. The dark was what he knows now and he wanted to make it beautiful to people watching. He would, therefore, create these scenes that would end in storylines. It would keep people riveted until the very end and it would show how much could be done with pure imagery.

Alex was usually a hit with the judges because they loved what he does. Just tonight was a little awkward because one of the judges couldn’t follow the storyline and so Howie was once again on the outs with everyone. Like, no one knew what was going on with him tonight. He was shooting down acts all over the place and surprisingly it was Simon that was being reasonable. Simon enjoyed Alex’s storyline and he wasn’t the only one. Queen and Julianne enjoyed it as well.

And if that’s how they felt, then the problem must have been Howie. Howie was the tough judge that the performers needed to win over and it was that way even with Marcin Patrzalek. He was a Polish guitarist. He was also one of the most talented people this year and that’s why some of his decisions seemed off. Marcin began his number with his back to the audience. He began playing and at the same time, it took him forever to turn around.

Marcin only later did so when his drummers came in. Luckily, the rest of his routine picked up from there and it became great. The judges had enjoyed watching the progression of his act. Simon said it was like a sheep turning into a wolf and Queen was quickly won over. They all loved Marcin and they were glad to see come back after the last time. He had a better song selection, he flowed easier this time, and the start of the drums was a really nice treat at the end.

Emanne Beasha was the next act up. The little opera singer had an incredible voice and she never fails to use it. She also showed a fearlessness for someone so young. Emanne chose a song that wasn’t in English and she still sang it beautifully. She even won over people that weren’t traditionally fans of opera. Emanne also didn’t need all that fanfare onstage. She was fine with just herself and a microphone.

The only thing she changed up tonight was the background behind her. It showed flowers and was a nice accent that didn’t take away from her sheer talent. So, Emanne won understatement. She impressed the judges tonight and Simon for one still loves her. He was technically the musical expert and so if he loved it – that’s how you knew it was good.

Now, the next act was Ryan Niemiller. He was the comedian in this group and he was someone to watch. Ryan was born with a disability and he never let that stand in his way. He just made friends with his wonderful personality and he won them over just like he was winning the crowds tonight. Ryan had made fun of everything tonight. He talked about the middle states and how no one remembers them because they all look the same.

Ryan also joked around about drowning. He didn’t know how to swim, he didn’t want to take classes or anything like that and so he joked about making peace with drowning. He said it was easy to do. He also mentioned how avoiding water was easy as well and so he mentioned his methods. He told the audience that he didn’t go fishing and him sure as hell didn’t want to get on a jet ski. Ryan then left everyone in stitches as he talked about his safety measures and how he chose Indiana for its non-drowning rates.

Ryan was funny. He still had the crowd laughing as he walked off stage and so they probably missed him more than any other act. But the last performance tonight was Voices of Service. The musical group was comprised of serving and formerly serving military men and women. This group had turned to music to handle some of the ugliness of war and they were heroes to all. Their music was always beautiful and poignant, and nothing has changed.

The Voices of Service deserved to be in the finals, but it will all come down to America and how America will vote.