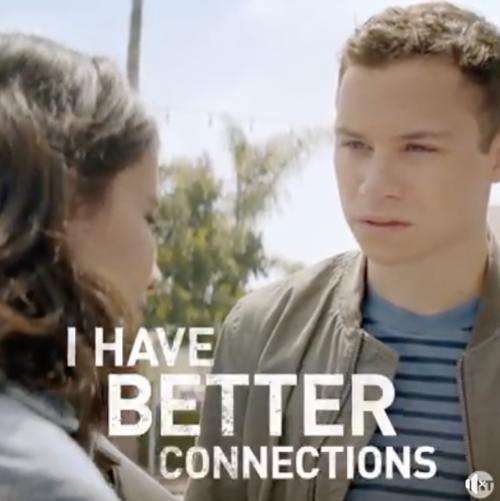 Tonight on TNT Animal Kingdom returns with an all-new Tuesday, July 2, 2019 episode and we have your Animal Kingdom recap below. On tonight’s Animal Kingdom season 4 episode 6 as per the TNT synopsis, “Suspicion grows when Smurf learns of a new threat to the family. Craig tracks down Frankie in the wake of her betrayal, and Deran makes a dangerous decision to try and protect his relationship with Adrian.”

Smurf meets with Neal who tells her some of the guys on the force where talking about her boys at the Cove. Smurf gets angry.

Adrian is talking to the police. They want info on the Codys. He tells them he knows nothing. They tell him to talk now while he can and they will help him. Adrian returns to Deran and tells him he went for a run. Deran doesn’t buy it.

J wakes to Smurf. She tells him about the cops. She needs him to find out who his uncles are talking to. She wants him to handle it.

J sees Angelina in the garage and asks her why she is here. She tells him she has history with Pope. And she is trying to get clean. Angela tells him Smurf owes him and he can’t trust her.

J heads to the bar and tells Deran about Smurf and how she wants him to spy on them. Deran thinks its all good and Smurf is getting revenge. J thinks Smurf could be telling the truth because of the Frankie job. It was sloppy.

Angela and Pope watch Smurf leave the house. Angela starts on Pope, telling him that Smurf treats him badly.

Deran visits Craig. He tells him about Smurf. Renn comes in and tells them Jack got busted before she takes off. Deran is suspicious of her.

Janine talks to the guys about a hippie compound they can rob.
Smurf goes in to start her chemo. The woman next to her keeps talking. She looks like she may lose it and explode.

Craig breaks into a warehouse. Meanwhile, Deran visits Adrian at the beach. He tells him about Jack and Smurf on high alert.Deran asks him if anyone has talked to him. Adrian lies and says no.

Frankie shows up at her warehouse to find Craig. He’s mad he didn’t get all of his money. She is mad he burnt an entire network. Frankie admits she was trying to get in with Smurf.

At chemo, Smurf explodes and leaves.

Janine wants to carry some heavy fire into the job, but the guys thinks it is a bad idea.

Smurf punctures the van the woman was driving in chemo who wouldn’t stop talking. J watches in the parking lot from a distance.

Craig tries to talk to Renn about honest work when she gives birth. She has no other skills, she tells him.

Angela goes with Pope to his fight. He doesn’t want her to see him like this. She tells him she can handle it.

J heads into the clinic and discovers Smurf is getting chemo.

Pope gets in the ring and wins his match within a few minute. Angela smiles at him.

Janine and the guys make their way into the compound with masks on. Inside, Janine tortures one of the men. She knows him. She blows out his knee before they grab money and run.

Deran gets a visit from a contact who threatens to tell Pope that Adrian is talking to the cops. He wont talk for $20k. Before Deran gives him the money from the safe he shoots him in the head. He calls Pope in to help.

Craig buys all of Renn’s cocaine from her in an effort to keep her out of jail.

J comes in to hear Smurf yelling for a name on the phone. He tells her he has nothing except Angela. Smurf will take care of her.

Janine thinks they hit big after making $8,000. She shares that the guy was a friend of her mother’s when she was younger. It was personal.

Pope helps Deran who feels weird about killing someone. He heads home to shower. Adrian asks to join him. Deran tells him he loves him in the shower.