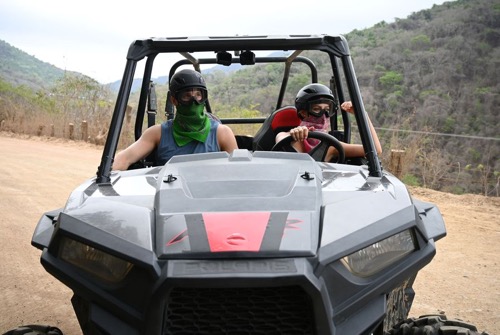 When the sand settles, who will Nicole be with? A high stakes rose ceremony looms with the women holding all the power and the roses and the men scrambling to find a way to stay in Paradise.

Jordan was the one to escalate things. He didn’t have to go over to Christian and Nicole nor did he have to pull-down Christian’s pinata Also, his claims about doing it for his friend were falling a little flat. No one believed him when he said he was doing it for Clay and they think Jordan picked a fight because he wanted to. It wasn’t a secret that he hated Christian. Christian tried extending his five minutes of fame by badmouthing Jordan at the reunion show and it didn’t work. Jordan was able to flip it against Christian and he had the audience laughing at Christian. And so Christian never really got over that one encounter.

He too came to paradise with an agenda. He was hoping to strike out at Jordan and he thought the best to way to do that was to ask out the same girl that went on a date with Jordan. Nevermind that Jordan and Nicole went on one date. They had fun and everything though Jordan ultimately knew that she was with Clay and he didn’t mind. That one date wasn’t going to make him fall in love with her. Jordan was already over it when Christian asked out Nicole. He made a big show of it and he also tried to brag about it to Jordan. And, again, he didn’t care.

The extent of his feelings was mostly in regard to Clay. Clay was Jordan’s friend and he didn’t want Clay to miss out on the woman he wanted because of Christian. Its why Jordan went over to Christian and Nicole. He wanted to show Christian up in front of Nicole like Christian had done to Clay and things got out of hand. They started fighting over pinata and it spanned into Jordan body-slamming Christian. Christian then tried to retaliate and so the producers had to break the guys up. By then, no one was innocent and so the decision of the show was clear. The producers sent both men home.

The guys had brought in a toxic environment. The other contestants weren’t going to feel safe with the guys there and so it was really an easy choice. The show got rid of Jordan and Christian, but it calmed down the waters and it showed Nicole what she really wanted. She thought she needed a tough masculine guy because Clay was too nice and so seeing this fight had shown her how wrong she was. She didn’t want a “Christian” or a “Jordan”. She wanted a man so confident in himself that he didn’t need to fight. Someone like Clay. Clay was sweet and it didn’t matter how he’s been treated in the past. He was still going to comfort her when he sees her in tears.

And with the two of them back together, the fight really was pointless. Christian’s arrogance would have pushed Nicole away and so she didn’t need Jordan coming to her aide. Not even Clay needed Jordan to do all that. Jordan was also looking for a fight and so it’s good that he was sent home before he genuinely hurt someone. Christian has his shoulder bandaged up after the fight and hopefully, it was just a sprain. If it isn’t, then he’ll have plenty of opportunities to rest up back home and it was on with the show. The next biggest threat there tonight was the other love triangle. The one with Dylan, Blake, and Hannah.

Hannah was the one with the power. She and the rest of the women have the roses and so it was up to them to make their choice, except there was an issue with how many choices Hannah has. She was dating two men at the same time and she wasn’t discreet about how things turned out. She was kissing them in front of the other and going into heavy petting so much that it was disgusting. Everyone wondered why she didn’t have the decency not to do this in front of the other guy. She could easily have walked away to a different location and she didn’t because she liked playing the guys off each other.

The truth has outed itself with Hannah. She does like the attention and everyone was done with it that they hoped she’d pick Dylan at the rose ceremony. He was the one that seemed to care about her. He wasn’t out to get laid and he wasn’t interested in going after other women. Both of which Blake has done. Blake didn’t deserve to be rewarded for his bad behavior and so he didn’t have many fans. It was okay for Blake because he didn’t mind if he won or lost Hannah. He had the attention of the other women on the beach and it was a good thing too because Hannah later gave her rose to Dylan.

While Kristian gave her rose to Blake. He was still around and so the universe just didn’t seem to be working with the cast. Not if they allowed Blake to stay. Blake stayed because Kristina ignored several good guys to give him her rose and she didn’t even do it for the right reasons. She was still hung up on punishing Blake. She gave ger rose to him because she wanted him to be around to watch Hannah with Dylan and, frankly, that wasn’t the brightest revenge plan. This was Blake she was talking about. He needed like a day to know where he stood and then he got over it. He was ready for the new batch of women that came in. And so Kristina choosing him hadn’t been that big.

No, the biggest shocker of the night was when Oneyka decided to go home. She didn’t make a genuine connection with anyone and so she decided to leave without handing out her rose to anyone. Because she did that, three men were sent home and that just made them extra bitter. They were all whining about how the girls didn’t want good guys like them and how they gravitate to the bad boys/pieces of sh*t. So the guys were complaining the most about Blake. Blake got to stay while they did not and he was soon back to his old tricks. Caitlin from Colton’s Season had come to the beach and she checked to see if anyone was still free. And there was just Blake.

Caitlin asked Blake out on a date because he was literally the only guy unattached. She made her decision out of sheer desperation, but surprisingly it worked for her because their date was all about connecting as a couple and it opened up Blake. Blake told Caitlin everything. He mentioned what happened at Stagecoach and that he had a thing for Hannah. It was still hard for him to watch Hannah with Dylan and so Caitlin helps him to take his mind off of it. They had fun together and it reminded Blake that he hadn’t killed anyone. Because he didn’t. The cast was either angry with him for playing around with someone’s feelings or were the people he was messing around with. There really was no other reason why they wanted him gone.

When, real talk, Blake deserves just as much of a chance at love! He was testing things out with Caitlin and he also knew the door wasn’t completely closed with Hannah. Hannah and Dylan’s relationship isn’t all that secure. Dylan was needy because he never knew where he was with Hannah and Hannah was making out with Blake the same day she chose Dylan. So, those two were working on their relationship. Just like the other couples. Tayshia and JPJ were together now because he makes her laugh and she could be the mother of his kids. And so they were another couple in the first throws of love.

The same couldn’t be said of Derek and Demi. The two of them like each other and they could have developed something serious however Demi was also dating a woman back home. Her girlfriend deserved better and so did Derek. They shouldn’t have had to settle for only half of Demi. Demi was also torn about what to do and so her good friend Hannah B. arrived in paradise to help. Hannah wasn’t there for love. She just wanted to help out a friend she knew was struggling. Demi sometimes wanted Derek to cuddle her and at other times she couldn’t stand for him to touch her. It was just one more thing that wasn’t fair to him, so Demi talked it out with Hannah and then she pulled Derek aside.

And after she finished talking to him, she wanted to talk to Chris.