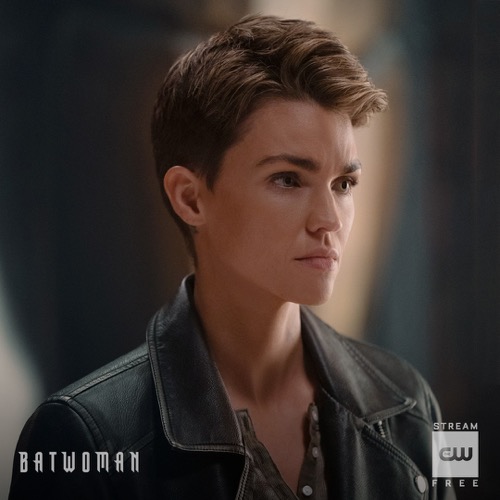 Tonight on the CW the series Batman airs with an all-new Sunday, November 17, 2019, season 1 episode 7 and we have your Batwoman recap below. On tonight’s episode called, “Tell Me the Truth” as per the CW synopsis, “Kate and Sophie must reconcile with their past as Kate questions just how much she can trust her former lover. Kate and Luke have an encounter with an old friend.”

Tonight’s episode of Batwoman opens with a sharpshooter about to shoot a man, Derek Holcom, in a restaurant called Alessandros when he gets strung up by his feet and misses. Batwoman is on the scene, Sophie sees her and tells her that her father as instructed to take her at all costs. Batwomen gets away. The news reports that the shooter was the Shadow Shooter and this was his third time.

Kate is back in the bat cave with Luke, he was analyzing the dinner gets from Allesandros the night before and he found something. Three of them worked for her ex-step mother’s companies. Kate tells Luke that Sophie knows who she is and wants to tell her dad. If he finds out, he will shut them down.

Sophie is back at the station talking to Tyler when he tells her he has surveillance of her speaking to Batwoman and asks her if she knows who she is, she says no.

Mary and her mother, Catherine, are on the way to the lawyer’s office for the divorce proceedings, Mary is worried that she is going to lose her sister and all her mother can think of is they will have plenty of money to take care of themselves. Catherine gets a call, she tells the person to get Dean Deveraux and finds out that he is dead.

Derek Holcom just left his badge and is leaving the building. Batwoman is there, she sees a woman and a shooter fighting. When the woman sees Batwoman she tries to stop her and in the meantime, Holcom and the shooter getaway. The woman is Julia Pennyworth and says she would have thought Alfred taught him more manners.

Holcom is walking in an alley, he hears a noise. Mouse hits Holcom and knocks him out dead. The shooter is there, Alice was the one who hired him.

Kate is in the Batcave with Julia, Luke is shocked to see her. Julia says that she wants to team up with Kate. Luke is surprised that Julia and Kate know each other. Kate tells Julia to find the rifle guy and stay the hell out of her business.

We look back at the academy when Kate and Sophie were there together at Point Rock. Kate wants to tell the truth that they are gay. Jacob meets Sophie outside, he asks if her mother is coming to the hearing, she says she hasn’t told her. Jacob tells her to do what she wants to do, but if she thinks she is not going to sign that letter of denial and graduate, then she is kidding herself. She says if she doesn’t tell the truth, it will destroy her relationship with Kate. Jacob says he is sorry. Sophie credits Jacob with saving everything she worked for, but in the end, she lost Sophie.

Sophie tells Tyler that she needs to take a quick break. Sophie meets up with Sophie at a restaurant and asked why she is there. Kate asks her if she can trust her. Sophie says that she can trust her. The Maitre ‘D tells Kate that she has to leave because she is defying the dress code with her running shoes. Kate tells the man off, then she and Sophie leave.

Tyler is frustrated, he thinks that Sophie knows batwoman. She tells him that she was gay, about her and Kate in school together. He asks her if it is over, she doesn’t answer and that gives him his answer.

Holcom was found in the ally, he was knifed to death.

Luke asks Kate how they keep from her father finding out who she is, Kate says plan C. Mary walks in and just about to walk through a secret door. Kate gets Mary to leave.

Catherine surprises Jacob, he tells her that she shouldn’t be there. She says she knows who the sniper is targeting. Hamilton Dynamics has been working on a coiled accelerator that could penetrate a material in batmans’ suit. It disappeared, we put the project on hold. When batwomen appeared they restored the project. Sophie arrives and tells Jacob she needs to speak to him; the gun could kill Batwoman. Further, Kate is Batwoman and if there is anyone out there that wants to kill her, they need to stop him.

Alice gets a visit by the shooter, he gives her what he wants, and she gives him the weapon that he wanted.

Catherine tried to make up with Jacob while she has him alone – Jacob smiles.

Sophie is looking for the weapon, batwoman is there and asks if she mentioned to Jacob who she thought she was. Sophie says yes and Kate walks in. All of a sudden batwoman is shot and she falls back out a glass window and to the ground. A truck takes batwoman in a truck, Kate goes after her and saves her – the gun didn’t kill her.

Alice’s shooter is back, he tells her that the gun didn’t kill Batwoman.

Back in the Batcave, Kate is tending to Julia’s wounds – she was the one in the batwoman suit.

Luke walks in and says he has the knife that killed Holcom, it was a butterfly knife and probably belonged to Alice. Kate says she probably hired anyone that would kill her, then gave them the gun to kill her. Julia is leaving, Kate tells her not to get herself killed.

Sophie brings Kate a gift and tells her she told Jacob that she was wrong. Kate says she invited her to dinner to be clear with her, no matter how much she tries to get over her, she can’t. Kate says she will try to keep her distance from now on. Kate opens the present and it is her medal from school.

Now Kate knows why Bruce Wayne didn’t let anyone in.

Kate goes to see Tyler and tells him that she was done with Kate a long time ago and he is the only one that she loves.

Jacob goes to see Alice, it is not him, it is mouse disguised as Jacob and he was the one speaking to Catherine. Alice tells Mouse to get some sleep if they are going to host the maddest tea party that Gotham has ever seen.