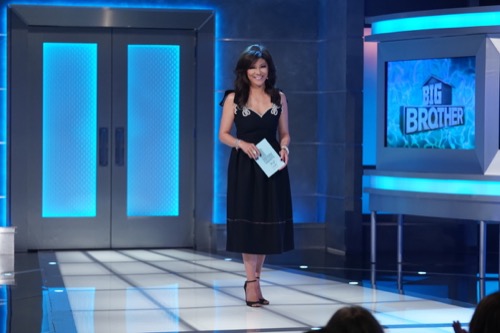 Tonight on CBS Big Brother 21 airs with an all-new Wednesday, July 17, 2019, episode and we have your Big Brother 21 recap below! On tonight’s Big Brother season 21 episode 10 as per the CBS synopsis, “Tonight on BB21 its the PoV competition.  The two nominees will be battling to try to get off the block.  Once the competition is complete we will have the PoV ceremony to see if the winner uses the power.”

Nick did what he wanted for his alliance, but just before the nominations, Nicole told him that people in his alliance were targeting him. Cliff knows that he is a pawn, but he’s not worried, there still is the VETO completion and plans on winning it and taking himself off the block.

Nick and Bella are in the HOH room, Tommy comes in and hugs Nick tells him that he loves him. Bella says that she is shaken, Nicole said that Jack, Miche, Sis, and Holly want her and Nick out. Bella and Nick speak to their gr8ful alliance and tell them what Nicole said. Obviously, they claim that Nicole is lying. Sis and Christie look horrified, they are good actresses. Nicole goes to enter the HOH room, Miche turns her away and tells her it is a bad time. Jack enters the room, they let him in. Miche is thrilled, they now think that Nicole is the rogue vote; Miche is keeping his mouth shut and acting as mad like everyone else. When Ovi saw Nicole thrown out of the HOH room, he felt it was bullying. Ovi goes outside the HOH door and tells everyone inside that it wasn’t cool that they pushed Nicole away. If Nick has an opportunity to name a replacement nominee, it will be Nicole. Great, a new alliance, the unde9able. Like it wasn’t enough to make us suffer through the gr8ful alliance.

Christie and Jack tell David that Ovi should have kept his mouth shut. Ovi asks Jack if everything is ok, he says all is good with a little smirk on his face. Jack reminds Ovi that he is in Camp Comeback, he touches him. Ovi thinks that Jack is disrespectful and hopes he gets back in the house to shake it up. Nicole asks Jack if she is going to find out about the conversation in the HOH room, he says she might.

Nicole tells Bella that she spoke to her in confidence and told her something that she shouldn’t have told anyone. Bella says that she questioned what she said and that is why she spilled the beans. Bella says that she didn’t like that Nicole said she and Nick were bullying her. Nicole is frustrated. Bella blew up the Black Widows, she blew up Kemi and now she has blown her up.

Bella goes up to say that she is not a bully, Nicole can’t help but smile. Nicole tries to say something and Bella says that she is not there to listen to her. Bella is bulldozing Nicole in front of Tommy and now he is wondering if Bella and her boyfriend were bullying Nicole. Bella leaves, Tommy says he is sorry about Bella, he feels bad that she couldn’t get a chance to speak.

Nicole is upset, she came into the house as an advocate for bullying and can’t believe the names that Bella called her. She understands that this is Bella’s game and she can sleep at night, but Nicole is having a hard time accepting it.

Nicole goes into the bedroom and tells Bella that she loves her and respects her, and is sorry if she offended her in any way. Nicole says that she didn’t use the word bully. The two get into again, Nick and Tommy come into the room, Kat is already there on the bed. Nick says he never bullied her and she threw him under the bus. Nicole never said the things that Nick and Bella say she said. Nicole says that at this point it is Bella, she lies, manipulates, twists make up stuff. Bella walks out, Tommy gets up and hugs Nicole, says he loves her.

Time to pick players for the Veto competition. Nick chooses Miche, Cliff chooses Kat and Jessica gets houseguest choice, she chooses Christie. Jessica wanted to choose Nicole, but she ruffled too many feathers in the house.

Time for the VETO completion, Kaitlyn from BB20 is there as the host. This competition is all about a ghost story; Kaitlyn not being able to build a puzzle when she was in the house. This is Kaitlyn’s nightmare. They need to search for puzzle pieces and put together a puzzle of Kaitlyn. In the end, Kat wins the POV and proves that she does have BB smarts. Nick just hopes that she uses the VETO on one of the nominees so he can put up Nicole. Jokes on the houseguests, they didn’t think Kat had it in her.

Christie is getting a really weird vibe from Nick and something tells her that something is up. She could be completely losing her mind, but everything he says is freaking her out. Something in her gut is telling her that he is trying to backdoor her. She is super paranoid and tells Kat that she is going up, she starts crying. Christie is freaking out and Kat has no idea what she is talking about. Analyse walks in, Christie needs to relax, there is no way that Nick and Bella who are in their alliance, would never put her up. Christie knows she has the power and doesn’t know what to do. Oh my, what a drama queen and a great actress Christie is!

Time for the VETO meet, Kat uses the VETO and takes Jessica off the block. Nick has to rename a new houseguest as a replacement nominee, he says, “I don’t get mad, I get even,” and nominates Nicole.