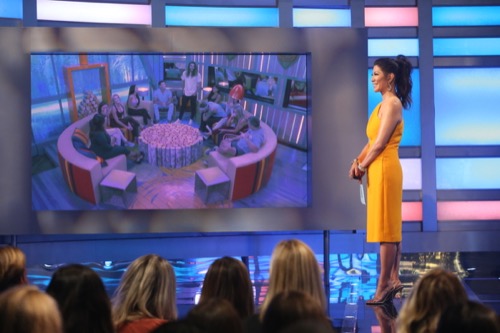 America’s Field Trip changed everything. It basically nominated a third person to be on the chopping block and unfortunately, that person was Christie. Christie thought she was safe before she went through the challenge. She thought that with Tommy as HOH that they could get rid of Kat or Cliff and now they could come for her. They also had a helping hand from Michie. Michie never forgave Tommy and Christie for torpedoing the Six Shooters alliance. The alliance could have seen them all safe until the very end of the competition.

They could have gotten rid of the outliers while they were at it. Then Tommy and Christie started talking crap about him to Jack and the alliance itself fragmented right after that. The breakup showed that no one trusted each other. They could all turn at the last minute and so Michie wanted revenge for everything that happened. He wanted to oust Christie. Christie and Tommy will always be stronger together. So Michie’s only way of breaking them up was evicting Christie and he was given the chance to do it with the veto competition.

Two of three people on the chopping block could nominate someone to run the race with them. Unfortunately, the two people that were randomly selected were Cliff and Christie. Christie chose Nick as her champion and Cliff was smart enough to pick Michie. Cliff based his decision on what Michie has been saying lately. He went to Kat to tell her he was on her side and he also approached Cliff with the same promise. Michie has pretty much-shown everyone that matters that he doesn’t care for Christie.

Cliff was actually a great player at this. The only people he took into his confidence were the cameras themselves and so he was letting the others ate themselves alive while he was out there dancing to relieve stress. Cliff was dancing while Michie was doing all the hard work. Michie went to Analyse with his plan to rid them of Christie and she told him that it would leave him exposed. He was the next biggest target once Christie was gone. Except if she stuck around, then the others would keep striving to get rid of her and no one would be paying attention to his own game.

Michie thought about it and he ultimately decided to chance it. He just didn’t tell Analyse what he was planning. He told her that she changed his mind and secretly he was still going to do what he wants and what he wants is to rid of Christie. To do that, though, he either needed to win veto or rely on Kat and Cliff to do so. Michie took one look at his options and he truly believed he was his own best home. Michie went into the competition with that mindset. He tried his best with the competition and he failed to find the right idol.

So Michie was eliminated in the first round. The second round also eliminated Cliff because he got caught off at the last minute by Kat and she cried so much about it because she blames herself. She knew that if she hadn’t cut him out that he might have made it up to the wall first. The fact he didn’t, was something she took personally and so Cliff told her to stop her crying. She needed to be strong to keep Christie on the chopping block. Kat knew that and she had a little secret as well. She’s been piling up the cards she’s found in the dirt. And one of them was bound to be it for the next round.

In between looking for cards, the cast was also dealing with a talking pigeon head and was getting warm white liquid on them that was acting as pigeon plop. It was truly disgusting. None of the contestants enjoyed it. It was just something they had to put with and after they did, they went through another round. That time Kat had the right card before anyone else’s. She didn’t have problems until the next round. She was the last person to find the right card and so the final race came between Nick and Tommy.

Tommy wanted to find the card first because he didn’t quite trust Nick. Nick could have merely been pretending to want veto for Christie and so Tommy knew he had to only trust himself on this one. Especially as he knew his friend was relying on him. Tommy raced through the pits just as much as Nick did and Tommy later got lucky. He received the veto when he found the right card. It also meant he reclaimed his power as HOH and so, of course, he gave a veto to Christie.

It surprised no one!