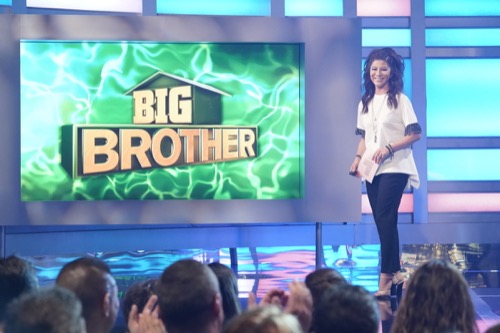 Tonight on CBS Big Brother 21 airs with an all-new Thursday, August 29, 2019, episode and we have your Big Brother 21 recap below! On tonight’s Big Brother season 21 episode 29 “Live Eviction and HoH,” as per the CBS synopsis, “Tonight on BB21 it is eviction night and with Chrissie and Nick on the block one of them will go home.  After the live eviction, we have an endurance competition HoH.”

The house is realigning again as everyone questions, who is loyal to whom. Holly is thrilled that Jackson did not use the VETO, she wants Nick out of the house and hopes she can get the votes. On the other hand, Nick is pretty confident that he is going to stay and if she does leave, it will be the biggest poetic justice.

Christie and Tommy have been in an alliance since day one, and if he loses Nick, that is all he has left.

Christie is going around the house campaigning to keep herself. Jessica wants her to stay, she has always thought Nick was a snake. In a perfect world, Christie would love to see a final three with Tommy and Jessica.

Jessica, Nicole, and Cliff are told to make one pie and surprise someone with it. Nicole tries to get Jackson again, she fails and gets the pie in her face. But she doesn’t give up, and eventually gets him.

Nick goes in to speak to Jackson and Holly, he says he is not making a deal, he would just like to work for them. He asks if they think she is going to protect them because she won’t. He reveals that Tommy has Christie’s back.

We get a look at Jack, Kat and Analyse in the Big Brother house. All jury members are caught up with the game and surprised.

Nick is in the hots seat with Julie, she asks him if he has Jackson’s back like he said he would, he says yes. Julie asks if the house made the right decision tonight, Nick says no and Tommy betrayed him. They talk about Taco Tuesday, he says that maybe that night put a target on his back but he wanted the house to know the truth. Nick says that he feels Jackson or Holly are going to win the game and he hopes one of them does.

Time for the HOH competition, this one is endurance. Julie announces that prank week is over, but the scares have just begun. This competition is called, “Hold On Fright,” and they have to hold on for dear life. The last houseguest standing will win the HOH. The houseguests are holding on to a wall of a haunted building and it starts to lean forward. It begins to rain, the houseguests are getting soaked. Ghosts started flying and hitting the houseguests, trying to knock them off.

We will have to wait until the next episode to find out who wins.