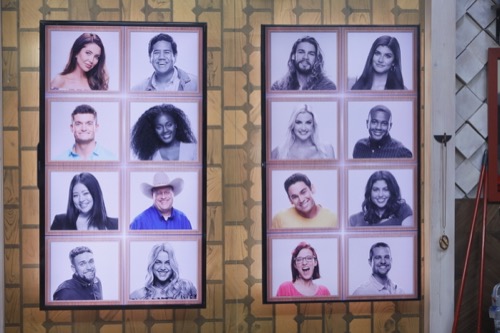 Tonight on CBS Big Brother 21 airs with an all-new Thursday, September 08, 2019, episode and we have your Big Brother 21 recap below! On tonight’s Big Brother season 21 episode 33 “HoH and Nominations,” as per the CBS synopsis, “After last week’s double eviction, this week we have a regular week.  Tonight we will see the new HoH crowned and by the end of the evening the new Head Of Household will reveal his nominations for eviction.”

We are down to the final five. Playing this game without Kristie, Tommy feels scared and like he can’t trust anyone. Meanwhile, Jackson thinks karma finally hit with Christie and he has no respect for her in this game. Jackson gets down on his knees and says a prayer for Christie because once when she lied, she swore on her sister’s life. Nicole can’t believe that she won something and that led to the craziest night she ever had on Big Brother.

We take a look back at the events that transpired to get Christie evicted from the house. There are five left and Jackson plans on leaving with confetti on his shoulders.

Nicole is called to the storage room, inside there are family photos, treats and favorite things from home. Nicole is missing her family so much and this came just in time, she is so happy – she shows her photos to everyone and reads the letter from her parents out loud. Nicole is having a hard time reading it, she is crying. This is all Nicole needed to go ahead and win this game. This next HOH is crucial, the two couples need to get Tommy if they are going to keep to their alliance.

f Tommy wins HOH, Cliff and Nicole plan on switching over to him and getting rid of the showmance. Nicole goes to speak to Tommy, he asks her is he alone, or is he not alone. Nicole tells him that deep down he is not alone and she promises him. Nicole’s plan has been and always will be, adapting and navigating. Nicole wants Tommy to win HOH so he takes a shot at Jackson and Holly. Tommy plans on fighting for this HOH, he is ready.

Nicole tells everyone that it is time for the HOH competition and they should head to the rec room. When they get in there, Swaggy C and Bayleigh are inside. The duo is so happy to be in the house and to be hosting the HOH competition. The two are now engaged, at home they love chilling and watching movies, so they are hosting this completion called BBFLIX and chill.

At each round, three movie posters will appear on the screen and they will hear from their former houseguests which movie they want to watch. They have to listen carefully, and when they think they know the answer, they need to hit their button. There is only one correct answer for each round. The first houseguest to get five points will be the new HOH. Jackson is the first person to get five points and he is at a loss of words. Tommy guesses that he will be seeing the block again this week, but there is something he says about him, that he survives.

Cliff really wanted to win the HOH, that was the only way to guarantee he and Nicole’s safety. Nicole is second-guessing sending home Christie now that a huge threat like Jackson won HOH. Time for the nomination ceremony. Jackson nominates Cliff first and Tommy second. He tells them that it is slim pickings and he wishes both the very best at the Veto round. Tommy is Jackson’s target, he shook Cliff and Nicole’s hands and he plans to keep that promise.