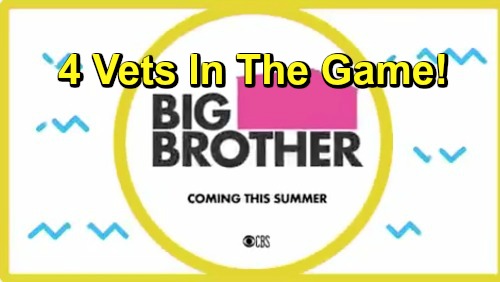 Big Brother 21 (BB21) spoilers tease that we have an exciting season coming and they are just a few days into the game. CBS All Access had an audio leak that gave us some telling information. We got the first competition results and the name of the first Head Of Household (HOH).

Flashback to 9:39 AM BBT (Big Brother Time) on June 21 to listen to Christie Murphy being revealed as the first Hoh of the season. There is a long talk between a few of the women. Then, there is a knock on the door and someone (we don’t know who since it is only audio) asks Christie to use her HOH shower. She says yes. There you go, we got our first BB21 spoiler.

Then the talk turns to who is going on the block. The new HOH makes a bunch of promises during the discussion. But there is one person who is not safe—Kathryn Dunn. She appears to be the first target as Christie dubbed her as paranoid and she often accuses others of talking about her or plotting against her. It’s kind of early in the game to be that person. At any rate, we got our first target.

We know someone else will have to go up too. She will probably put up a pawn to make sure Kathryn does in face go home. It’s pretty clear by listening to the audio, Dunn is in real trouble and she needs to cut the paranoid act if she wants to stay in the game.

Another little detail that was released in the past few hours is, during the tour of the house, several BB21 fans noticed there are 20 place settings at the table in the eating area. However, we only know about 16 houseguests.

That means we could have four houseguests that we don’t know about yet which could explain why CBS released the audio clip and not the video like they have in seasons past.

If there are vets in the game, who do you want to see return? There is buzz that we will have four vets, who will be called camp counselors—a clear tribute to the theme of the season.