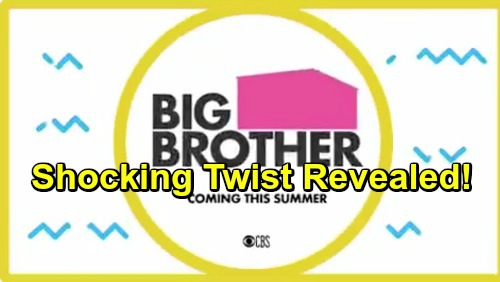 Big Brother 21 (BB21) spoilers tease that a shocking new twist is already coming out just six days before the game officially begins. The cast reveal exposed a connection between several of the cast members. And, many BB21 fan wondered if more of the houseguests have a connection too.

Christie Murphy and Tommy Bracco have known each other for several years. In 2015, the pair posed together in a selfie on Instagram. The caption for the image was, “I love my family more than anything.”

Some research savvy BB fans reported that they are also Facebook friends, but it hasn’t been confirmed yet. Other cast members could be connected. It seems like several HG live in the same city. This would play into the buzz that the big twist this season is the players are going to be grouped in pairs that they personally know.

If this twist is real, it might bring some excitement to the show. Not only would the houseguests have to play hard to stay in the house, but they would need to keep their partner safe.

As for Christie and Tommy, they definitely know each other, but until the show airs, we won’t know how their connection will affect the game.

Also, the Big Brother 21 cast will move into the house Wednesday, June 19. The first event of the day is for the houseguests to meet each other. They call this the “Meet and Greet.” Then, in the afternoon, they will officially move in. Julie Chen Moonves will probably move them in pairs of two to four as they run through the house to claim a bed to sleep on.

This is footage the fans will see on Tuesday, June 25. CBS will probably try to have CBS employees in the audience to lessen the chance of a leak on who is the first HG evicted from the game.

Are you excited that Big Brother 21 will premiere in just a few days? Do you think the twist could be the houseguests are playing in secret pairs? Don’t forget to come back to CDL for more Big Brother 21 (BB21) spoilers, news, and casting news!