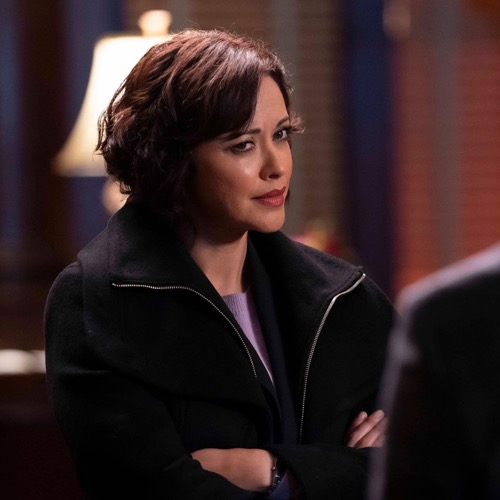 Tonight on CBS their hit drama starring Tom Selleck Blue Bloods airs an all-new Friday, December 6, 2019, episode and we have your Blue Bloods recap below. On tonight’s Blue Bloods Season 10 episode 10 “Bones To Pick,” as per the CBS synopsis, “After a woman is found dead at a men’s-only club, Danny and Baez investigate if her death was an accident or the result of foul play.

Also, Frank hears about an alleged affair between the chief of Internal Affairs and the spouse of another member of law enforcement, and Jamie and Eddie argue about gender politics in the Reagan family.”

The Commissioner’s Office was dealing with an allegation. This allegation was against the Chief of IAB and so Frank couldn’t pass it off to them to investigate. He had to be in charge of this one. Frank later asked Sid and Baker, two members of his staff, to investigate whether or not Chief Holmes had an extramarital affair on the job. The man also allegedly slept with this woman in one of his official vehicles and so are there several charges of unbecoming of an officer up for grabs, but either way, Frank wanted answers. Frank would be forced to fire Holmes if the allegations were true and he knew he would be losing a strong officer.

However, if this man did this to himself, then there was nothing Frank could do about it. Frank wanted this matter dealt with promptly. He asked his staff to carry it out the investigation without anyone knowing and they did just that. Sid and Baker followed Holmes while he was supposedly on shift. The guy went straight from the office to a motel and unfortunately, the two officers also saw who the woman is. The woman is the wife of another officer. Her husband is Jack Burch the head of Counterterrorism which made this situation even more difficult than possible and somehow Frank was the one that had to deal with it. Frank was suddenly in a position he never imagined.

He was trying to figure out what to do while his youngest son Jamie was going through his marital spat. Jamie and Edie haven’t been married that long. They were technically still newlyweds and so Edie didn’t think Jamie would mind doing some chores she wrote down for him. It was a simple list. She couldn’t do them because they were on different shifts and she was going into work the same time he was coming home. Edie, therefore, thought her husband could handle the list on his own. She gave it to him and he called it the “Honey Do List”. He called it that because he thought the list was her way of saying “Honey, do this”.

Jamie also mentioned his little name for it out loud. His wife hadn’t thought anything of it until later when they were having lunch and she called him “honey”. It was the term of endearment that reminded Jamie he hadn’t done the list. He apologized for it and surprisingly his wife didn’t believe him. Edie remembered what he called her list. She thought maybe he didn’t do it because he was trying to prove something and so now they were fighting. They were fighting over a list of all things. It seemed dumb and yet it wasn’t the silliest thing a Reagan has been caught arguing about. Erin for her part was trying to wrangle Anthony.

She had given Anthony orders. He told her he was going to do it and then he did the exact opposite. Anthony stalked a criminal that had been released because he thought the man was going to commit another crime. He was eventually proven right after he stalked the guy and caught him in the act, but that didn’t matter to Erin. She told Anthony that he had technically broken the law just to prove a point. She was also disappointed in him because he went out of his way not to listen to her and she thought their relationship was better than that. And funnily enough, that’s exactly how Edie felt.

Edie thought Jamie went out of his way not to listen to her. He did end up doing the whole list later on. It just happened after Edie complained and when he was trying to prove he didn’t have a problem with this list. Edie felt him trying to prove he didn’t have a problem meant he did, in fact, had a problem with following her orders. The two fought about it for a while. Edie came to the conclusion that her own husband was a little misogynistic and she said it’s not his fault. It was Frank’s, Henry’s and a little bit Danny’s. They were all pretty good on their own and it was beginning to feel like that’s what Jamie wanted as well.

Edit soon told her husband how she felt. So, they were able to talk it out and he promised her that he did want to be married. He also apologized for giving that list the name. He didn’t mean it and he was sorry. Jamie was able to calm down his wife because thankfully they were still in love. They just needed to work on communication and it looks like they were on the right path when they chose to put the list behind them. Frank’s problem however remained. He wanted to talk to the woman involved because he thought maybe he could convince her to lessen the damage of the affair and Baker had disagreed with him on that one.

Baker didn’t think the Police Commissioner should talk to a woman about cheating on her husband. It was bound to feel like intimidation and so Frank later decided to go directly to Chief Holmes. He pulled Holmes aside and he told him the affair ends now. Frank didn’t want to hear about it again. He was also willing to let Holmes keep his current position if the affair never came out. Frank later had to explain his decision to his staff and while they weren’t fully on board with his choice to cover up the affair – they were willing to listen to his reasoning. Frank said he did the only thing he could do without letting this affair go public and hopefully the whistleblower will let it slide.

Then there Erin. She tried warning Anthony against following the guy and he still did it. He followed the man and got into a fight that ended with him being shot. Anthony was lucky that he was wearing a vest. He ended up with a couple of bruises and he got hit by Erin when she found out he was okay. Erin was still disappointed in him. Even if he had been right about the criminal and now that guy was going away for attempted murder.

And while Danny did have a case that he ended up closing like he always does, this time the victory went to his partner Detective Baez. Baez followed up on the leads when her partner wanted to give up and it was Baez that made the arrest in their murder.

So maybe there was a problem with men in the Reagan family and how sometimes they tried to ignore smart women’s advice, but they were learning.